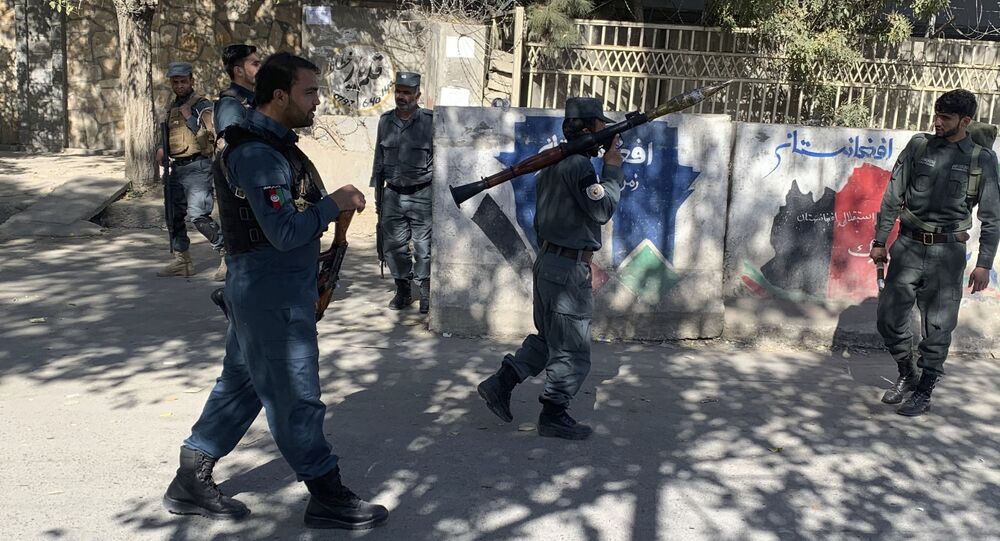 At Least 19 People Killed, 22 Injured in Shooting Near University in Kabul - Photos, Videos

Armed clashes and bomb blasts, as well as shootings continue to ravage Afghanistan despite the ongoing intra-Afghan talks between the government and the Taliban militant group that began in the Qatari capital of Doha on 12 September.

Conflicting reports suggest that the number of victims varies from 19 to 25. Earlier in the day, security sources told Sputnik that 20 students had been killed in the attack.

Eyewitnesses told Sputnik that a bomb detonated in front of the university's northern gate, after which militants entered the Law Department building.

A university representative told Sputnik that the students had been evacuated. An Afghan special services operation is ongoing.

Officials in Afghanistan strongly condemned the attack on Kabul University on Monday, calling for non-violence against educational institutions.

"We have full confidence in the strength of our security forces, which will quickly eliminate terrorists", Sediq Sediqi, a spokesman for the Afghan president, said on Twitter.

​Several photos and videos allegedly depicting students and local citizens running from the scene of the attack have emerged online.

Another video shows multiple cars from the security forces heading to the university.

The Taliban* radical movement has reportedly refuted its involvement in this attack.

Prior to this, a suicide attacker detonated a bomb near the Kawsar-e Danish education centre in western Kabul, leaving 30 people dead and over 50 injured. The Daesh* terrorist organisation has taken responsibility for Saturday’s attack in Kabul. The Taliban earlier rejected any connection with that attack.

In September, the Afghan government and the Taliban began peace talks in the Qatari capital Doha. Both sides have publicly expressed their desire to conclude a secure and long-lasting ceasefire to end Afghanistan's long-running conflict. However, despite the ongoing talks, violent clashes and bomb blasts continue to rock the nation.

The peace talks came after a February agreement signed by the United States and the Taliban in Doha, stipulating a gradual withdrawal of US troops as well as the beginning of intra-Afghan negotiations and prisoner exchanges.