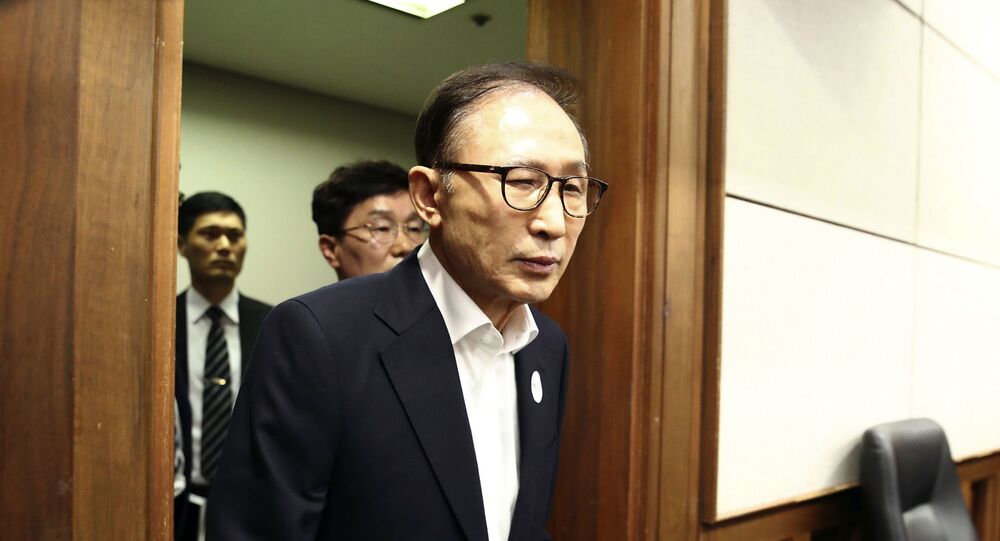 The Yonhap news outlet reported that the ex-president had been transferred to Seoul Dongbu Detention Centre, where he previously served his sentence. Lee is expected to once again be put in solitary confinement.

According to a Justice Ministry official, as cited in the report, the former president might serve his sentence in the detention centre instead of being sent to a proper prison due to his age and health condition.

On 29 October, the supreme court upheld an appeals court ruling, sentencing the 78-year-old to 17 years in prison as well as fining him about $10.9 million and ordering to forfeit another $5 million in assets over embezzlement and bribery charges. The former president will serve 16 years as he already spent one year in prison.

© Sputnik / Alexander Vilf
S. Korea Plans to Send Presidential Special Envoy to Moscow, Deputy Prime Minister's Office Says
The ex-president was originally sentenced to 15 years but was later bailed out over health concerns. In February this year, he was imprisoned once again after an appeals court cancelled his bail and raised his sentence to 17 years. Lee was released six days later as he had challenged the verdict and the court ruled to postpone the sentence until the decision by the highest court in the country comes about.

Lee had served as the president of South Korea from 2008 to 2013. In 2018, he was arrested and convicted for embezzling corporate funds of his company DAS, producing auto parts, as well as taking bribes from companies such as Samsung.