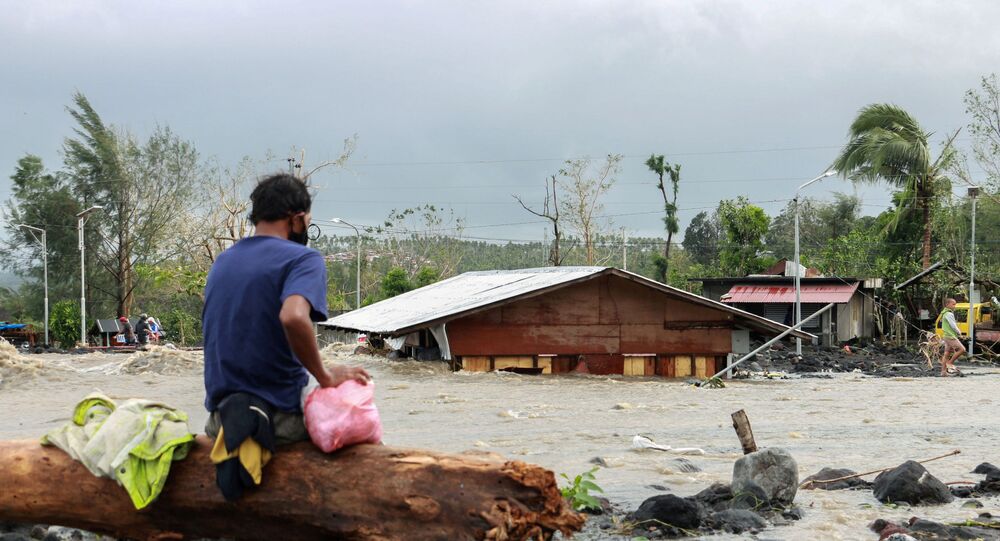 At Least 7 People Killed in Philippines as Result of Typhoon Goni, Reports Suggest

MOSCOW (Sputnik) - At least seven people were killed in the Albay province of the Philippine island of Luzon as a result of typhoon Goni, dubbed Rolly, media reported on Sunday, citing the Ministry of National Defence.

According to GMA News, two fatalities were reported in the town of Malinao and one each in the municipalities of Daraga, Guinobatan, Oas, Polangui, and Tabaco City.

About 390,000 people were displaced in the Bicol region as a result of the disaster, the publication said.

​Philippine authorities previously relocated about 1 million people in the Bicol region to evacuation centres as Luzon braced for a super typhoon. The Inquirer news outlet reported, citing the National Disaster Risk Reduction and Management Council (NDRRMC) that Goni could force up to 31 million people to leave their homes.

Earlier this week, 23 people were killed and 39 were injured as a result of typhoon Molave ​​(Quinta) that hit the island nation.