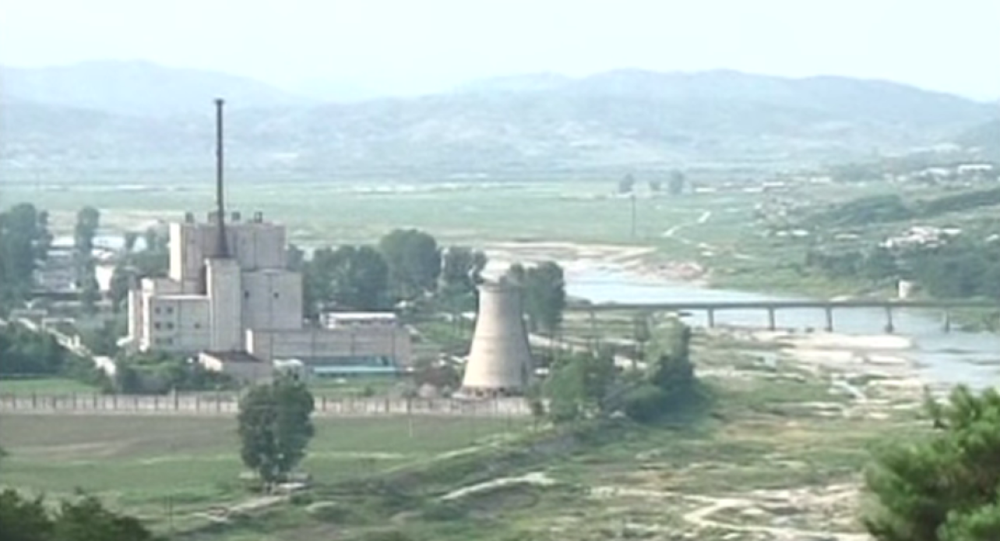 Recent satellite photos at Yongbyon Nuclear Scientific Research Center, the Democratic People’s Republic of Korea’s (DPRK) primary nuclear facility, show renewed activity in recent weeks, not all of which is connected to ongoing repairs in response to catastrophic floods earlier this year.

According to 38 North, a DPRK-focused website operated by the Washington, DC-based Stimson Center think tank, there’s some new activity at Yongbyon that analysts are struggling to explain. The information has been garnered from photos taken on October 27 by Maxar Technologies satellites.

​The most puzzling observation is what the website calls “gaseous effluent” - i.e., vapors or smoke - coming from the top of a building in the uranium enrichment plant complex where such effluent has never before been observed. According to the analysts, the building is a refractory furnace used to produce uranium dioxide, a material that can be used for power plant fuel or further enriched for use in nuclear weapons or to simply create more efficient fuel.

They also note several specialized railcars dropped off on a siding near the enrichment plant itself, but while cars of the same type have been observed there for months, the analysts have no idea what they’re for.

The photos also show the foundations of a new building under construction in the area of the facility where research and administrative work goes on. The analysts don’t know what the building is for.

Other new activities at Yongbyon are more easily understandable. The Korean Peninsula experienced torrential rains for weeks over the summer, culminating in a catastrophic flooding of the Kuryong River in early August, which flows through Yongbyon and which provides the facility with vital cooling for its 5MWe nuclear reactor and experimental light-water reactor.

As Sputnik reported at the time, the river totally engulfed the extensive earthworks governing water flow around the site, coming up the embankments to the edge of the pump houses that provide the power plants with water before eventually receding.

However, 38 North followed up on the site in late September, with satellite photos showing both power plants were off and the damage caused by the flooding to be severe. The photos taken on Tuesday show repair work is well underway on the overfall dam that was breached by the floods, as well as a dike and levee that were partially washed away. However, at this time the reservoir retained by the broken dam is still unable to supply the nuclear plants with cooling water, and so they remain off.

Pyongyang has repeatedly offered to dismantle the site, which sits about 60 miles north of the capital city, during its denuclearization negotiations with the United States. Yongbyon has been the socialist state’s first and primary nuclear facility since it opened in 1980, building all of the nuclear warheads used in its six nuclear weapons tests since 2006. However, Washington was unwilling to trade dismantling of the site for relief from its crushing economic sanctions against North Korea, so the deal fell apart.