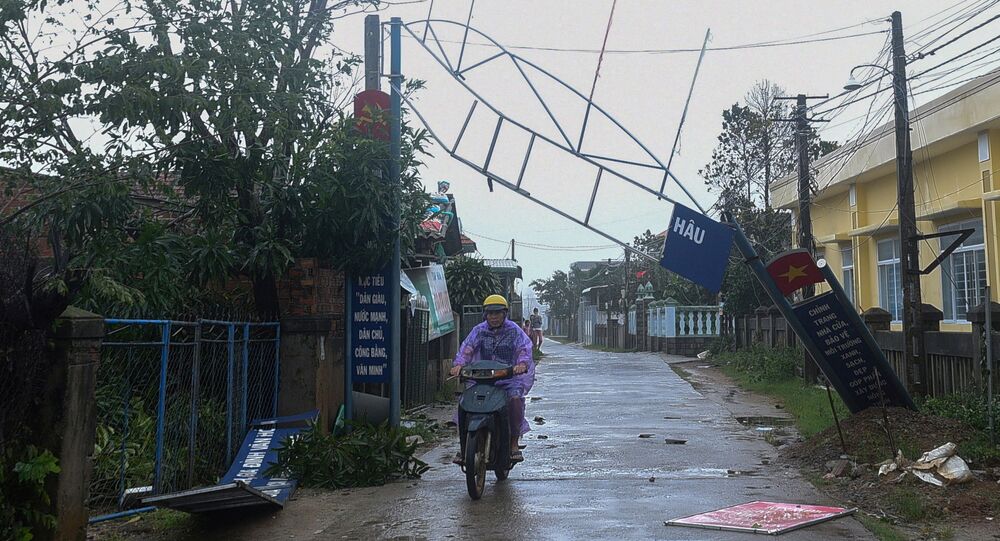 Death Toll in Landslides in Vietnam Rises to 15, Reports Suggest

BANGKOK(Sputnik) - The number of people killed as a result of landslides in Vietnam's Quang Nam province caused by powerful Molave storm has increased to 15 and 38 people are believed to be missing, VNExpress reported on Thursday.

According to the media, bodies of eight victims were found during a search and rescue operation at a site of one of the two landslides that occurred in the province as a result of Molave storm, which struck central Vietnam on Wednesday. It is considered to be the most powerful storm to hit Vietnam in the last 20 years.

A prior update put the death toll at seven and the number of those missing at 45.

​The search and rescue operation in the area of the disaster involves hundreds of military personnel, medical mobile teams and local volunteers, as well as special equipment and off-road vehicles. The landslide area is difficult to access due to heavy rains that washed away the roads, the publication said.

The storm also caused a power supply interruption along the coast of the central part of Vietnam. Recovery efforts, launched on Wednesday, have continued in the area.