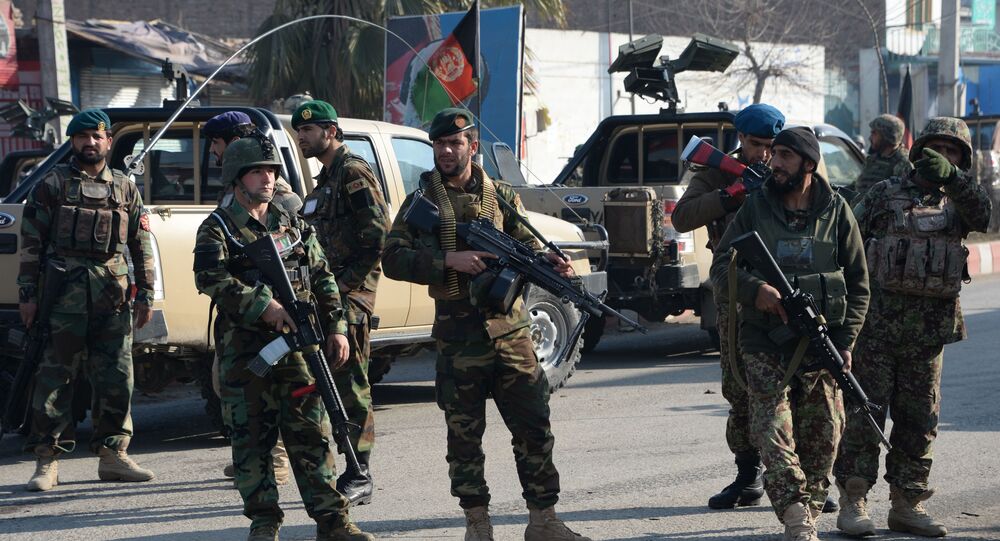 The United Nations’ newest report on the ongoing war in Afghanistan reveals that in the first nine months of 2020, the fewest civilian casualties were reported since 2012. However, the war continues to rage as a lasting peace has so far eluded the Taliban militant group and the central government in Kabul.

The UN Assistance Mission in Afghanistan (UNAMA) reported on Tuesday that 2,117 Afghan civilians were killed and 3,822 injured between January 1 and September 30 as a result of violent attacks in the country. While this is roughly 30% less than the same period in 2019, the mission notes Afghanistan remains “among the deadliest places in the world to be a civilian.”

According to the report, the Taliban, a Sunni fundamentalist militant group ousted from power by the US invasion in 2001 that has continued to resist the US and new Afghan government ever since, was responsible for 45% of civilian casualties. Afghan government troops were deemed responsible for 23% of casualties, and US-led international forces just 2%. The rest, the report says, were either caught in crossfires or killed by one of the other various rebel groups, which include a branch of Daesh that has set up operations in Afghanistan.

The US statistic is notable, since in August 2019 UNAMA faulted the US for causing more civilian deaths in Afghanistan than the Taliban. Overall, 2019 was an exceptionally bloody year, with the US carrying out the most airstrikes there since 2006, according to data by US Air Forces Central Command.

“While the number of civilian casualties documented is the lowest in the first nine months of any year since 2012, the harm done to civilians remains inordinate and shocking,” the report states.

“UNAMA reiterates that all parties to the conflict can and must do more to protect civilians from harm by urgently reviewing practices and strengthening mitigation measures, as well as working towards an end to the fighting – the only way to definitively stop conflict-related civilian casualties. UNAMA stands ready to further assist all parties in taking the urgent steps needed.”

In February, the US and Taliban signed a peace deal that purported to be the beginning of the end of the 19-year-long war, as US troops have begun to withdraw. US President Donald Trump recently promised all remaining US troops in Afghanistan would be home “by Christmas,” and NATO chief Jens Stoltenberg said last week the alliance’s total forces had dipped below 12,000 in the country.

Despite the deal, US forces have carried out fresh airstrikes against the Taliban this month, causing the group to declare the deal to be in jeopardy.

Kabul and the Taliban were expected to begin their own peace talks in March, but the highly sensitive negotiations only began in September and continue to grind on. Meanwhile, a slew of suicide bombing attacks hit the city of Khost on Tuesday, leading to the deaths of five Afghan police and officials and seven militants. According to the Associated Press, no group has yet claimed responsibility for the attack.