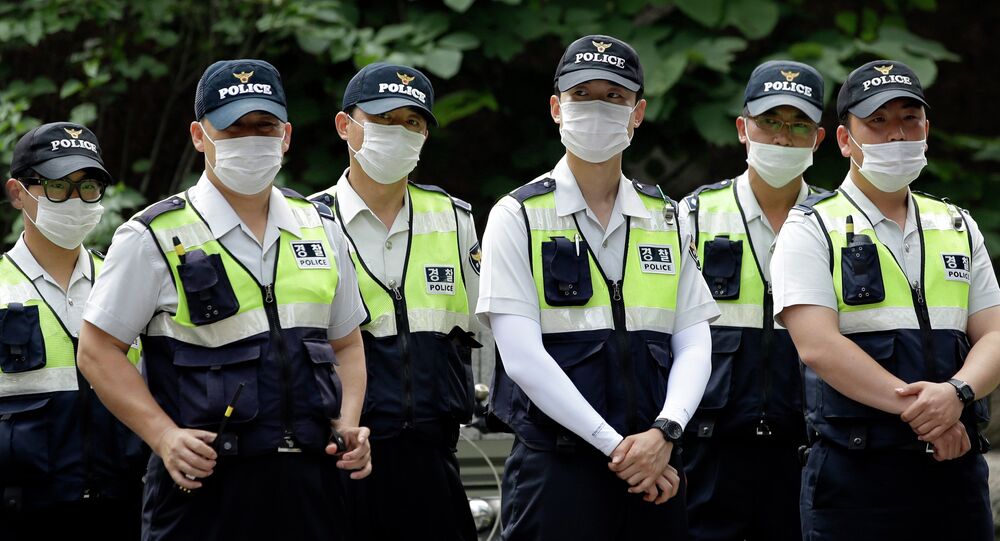 A former member of BAP has come under investigation just a day after releasing his first solo album.

K-Pop fans have been disappointed once again by the behaviour of former member of legendary K-Pop band BAP. Kim Him-chan, known as Himchan, hit a guardrail while driving in Gangnam District on 26 October.

At the time of arrest, the level of alcohol in his blood was high enough for police to revoke his driver’s licence.

His first digital EP “Reason Of My Life” as a soloist since BAP disbanded in 2019, was released to the public just a day before.

The artist apologised in SNS after being caught drunk driving.

This is Himchan.First of all, I sincerely apologize for delivering the bad news to the fans.I deeply apologize once again for causing social controversy due to the drinking accident that occurred yesterday. pic.twitter.com/0Cg25F3ZC8

© CC BY 4.0 / christmas lullaby / Lim young min
K-Pop Band AB6IX Postpones Comeback After Leader Youngmin Caught Drunk Driving
This is not the first time Himchan has fallen foul of the law - his trial for allegedly sexually harassing a woman in 2018 is continuing, though Himchan has denied all allegations since the first trial. The next is on 18 November.

BAP made their debut as a six-member group in 2012 with the single album named “Warrior," which is now considered classic K-Pop. In 2018, members Yong-guk and Zelo left the band; the remaining four - Himchan, Daehyun, Young-jae and Jongup - followed suit and the band was no more.

Netizens have been outraged by Himchan's behaviour and responded angrily.

Himchan has been caught drunk driving? When i tell you since 2018 k know this man is a sociopath and a danger for society nobody believes me