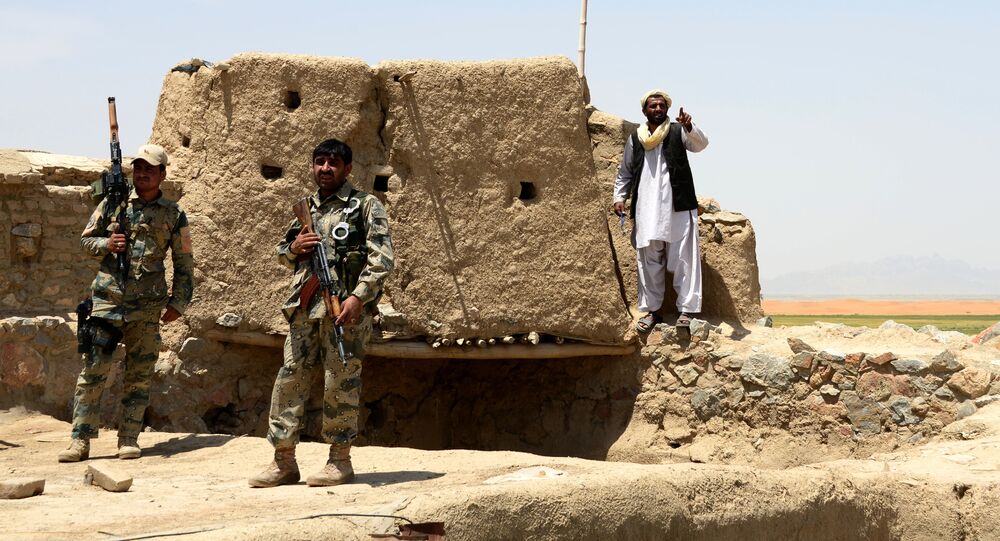 KABUL (Sputnik) - A heavy clash between the Taliban* movement and the Afghan security forces took place in Kandahar's Arghandab district, and the joint Afghan forces launched air and ground operations against the insurgents, the provincial police spokesman, Nasir Barakzai, said on Wednesday.

A total of 28 Taliban* "insurgents were killed and nine others injured" in air and ground operations of the joint Afghan forces in the southern province of Kandahar, Barakzai stated.

According to Barakzai, the Taliban were pushed back from Tabin and Joy Lahore areas of the Arghandab district, and they are currently surrounded by the Afghan forces in the area around Mount Bolan.

Meanwhile, Kandahar police chief Tadeen Khan told local media later that the insurgents were using civilians' houses in Chahar Gholba, Babar and Joy Lahore areas as their checkpoints. Khan also pledged that the Afghan forces would soon clear the area of the Taliban.

According to the police chief, "40 insurgents" have been killed and wounded in the operation so far.

© AP Photo / Rahmat Gul
US Forces in Afghanistan Deny Violating Taliban Peace Deal With Helmand Airstrikes
Khan added that hundreds of militants had gathered in the area of Zabul and Uruzgan provinces, as well as across the border.

The Taliban said in a statement that they had captured some areas from government forces.

The peace negotiations between the Afghan government and the Taliban began on 12 September in Doha. However, an uptick in violence has been observed in Afghanistan since the talks began. In the meantime, both sides have publicly expressed their desire to conclude a secure and long-lasting ceasefire to end Afghanistan's long-running conflict.