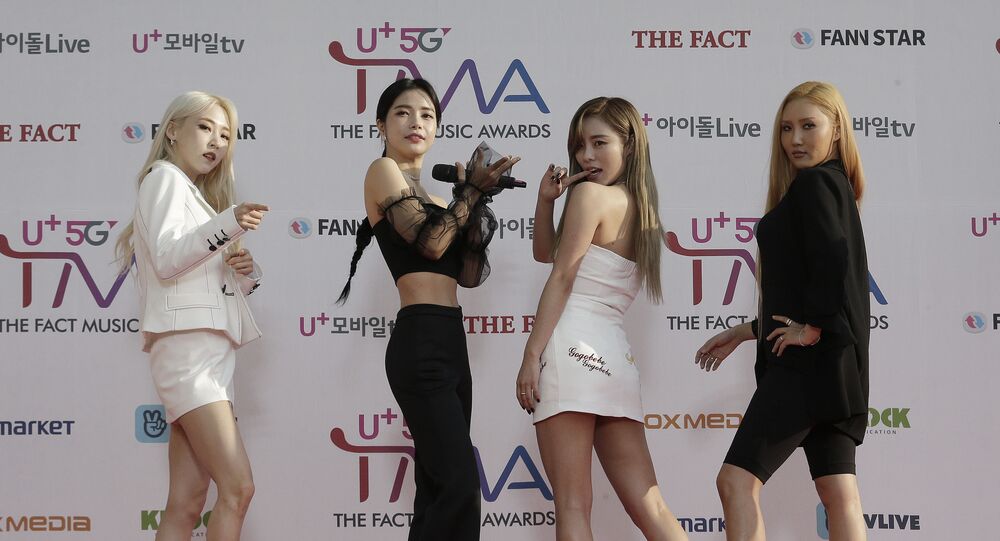 One of the most recognisable K-Pop girl bands, Mamamoo, caused a sensation when they announced in September that they will be making a comeback and are set to return with their 10th mini-album Travel on 3 November.

The band tantalised its army of fans on 27 October with their first set of teasers for the forthcoming comeback. RBW Entertainment revealed two members Hwasa and Solar in enchanting photo concepts and visual teaser for the title track “Aya”.

Mamamoo have already pleased fans with the pre-release track and MV “Dingga” which in Korean means “goofing” or “playing around”. The song was ranked No 1 on iTunes in 12 countries as well as on Korean domestic real time charts.

MooMoos (the official name for Mamamoo's fans) also got surprise activity with the show the band gave for their forthcoming comeback named “Monologue” which will be the first ever Mnet comeback show since their debut in 2014.

Mamamoo is known for its powerful vocals, unique and outstanding visuals among all K-pop girl bands, so MooMoos are gearing up for the new release and keeping their hopes high. Members of the band, Moonbyul, Solar, Wheein and Hwasa, debuted in June 2014 with their single "Mr. Ambiguous".

Mamamoo really be out here testing the “We got it all for you” theory@RBW_MAMAMOO #AYAisComing pic.twitter.com/y089yrbS33

RBW always tells us every comeback that "this is the Mamamoo you have never seen before/Mamamoo coming back with a new concept" BUT THEY AIN'T LYING THO??? 😅#MAMAMOO #AYA #AYAisComing

Besides Mamamoo some other popular K-Pop releases are scheduled for November, including BTS’s new album BE (20 November) and Taeyeon's #GirlsSpkOut Japanese mini-album (18 November).