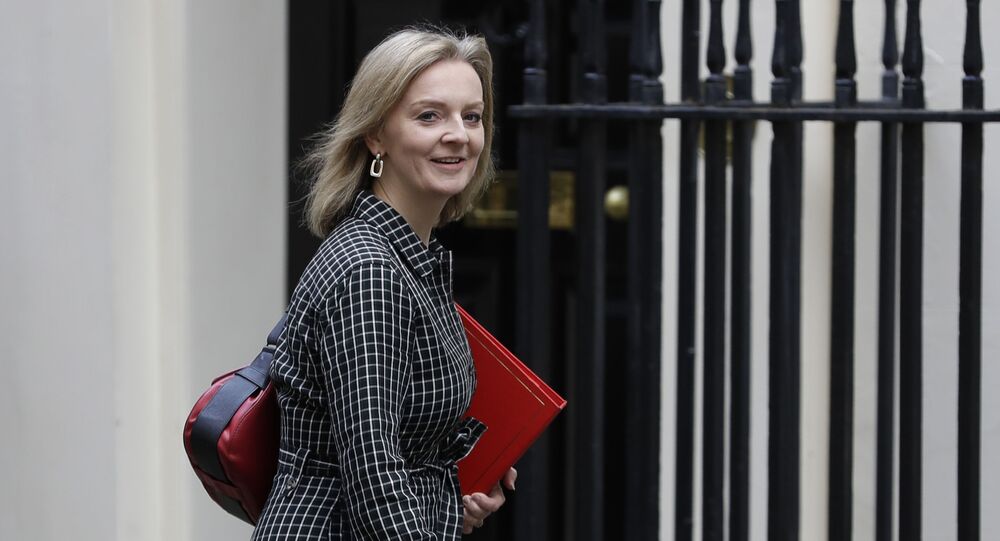 TOKYO (Sputnik) - The Japanese Foreign Ministry confirmed on Wednesday that UK Secretary of State for International Trade Elizabeth Truss would visit Japan on Friday to sign a bilateral post-Brexit free trade deal on behalf of London.

"The UK-Japan Comprehensive Economic Partnership Agreement [EPA] provides a new trade and investment framework to replace the EU-Japan EPA with the United Kingdom after Brexit," the Japanese Foreign Ministry said in a statement.

It added that the top Japanese diplomat, Toshimitsu Motegi, was expected to attend the signing ceremony.

Once the new deal is sealed, Tokyo will seek its ratification in the parliament so that it comes into force from January 2021.

Last week, Japanese media reported that the talks about Truss' visit were in their final phase. The two countries reached their first basic agreement on September 11 following the United Kingdom's withdrawal from the European Union in January.

Expanded collaboration is also expected in the areas of digital, cybersecurity and financial services, as well as in the consumer sectors. Companies from both countries will also be able to obtain licenses and work visas for their employees much quicker to operate in their respective markets.

The UK has been discussing trade deals with the European Union and non-EU nations after Brexit that took place on January 31.