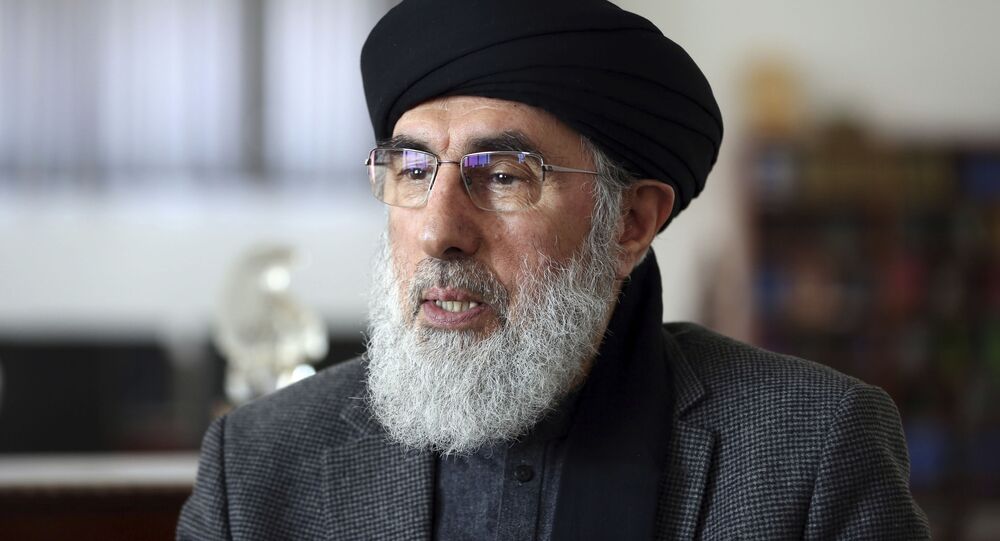 The Pakistani authorities have expressed an interest in consulting with all parties in Afghanistan, and Khan told reporters that Hekmatyar's visit will follow in the wake of talks held three weeks ago in Pakistan with Abdullah Abdullah, chairman of the High Council for National Reconciliation, the ambassador said.

"We invited Dr Abdullah Abdullah, who is chairman of HCNR and also a leading politician in Afghanistan coming from the Jamiat-e-Islami party and had a useful exchange of views with him about the peace process and bilateral relations. Now we will be hosting Gulbuddin Hekmatyar who hails from another leading Afghan party Hizb-e-Islami", Khan said, as quoted by the portal.

Islamabad is committed to facilitating the ongoing efforts to reach peace in Afghanistan after decades of conflict, the portal cited Khan as saying.

Hekmatyar was a prominent Afghan warlord in the 1980s who later entered the political sphere. His Hizb-e-Islami party signed a peace deal with the Afghan government back in 2016.

The Hizb-e-Islami leader told Sputnik in an interview this past July that his party would not join the intra-Afghan talks until the Afghan government recognizes it as a member of the opposition.

Peace talks between the Afghan government and the Taliban began in the Qatari capital of Doha on September 12. Both sides have expressed their commitment to reaching a long-lasting and secure ceasefire, despite the uptick in violent clashes and bomb blasts over recent weeks.