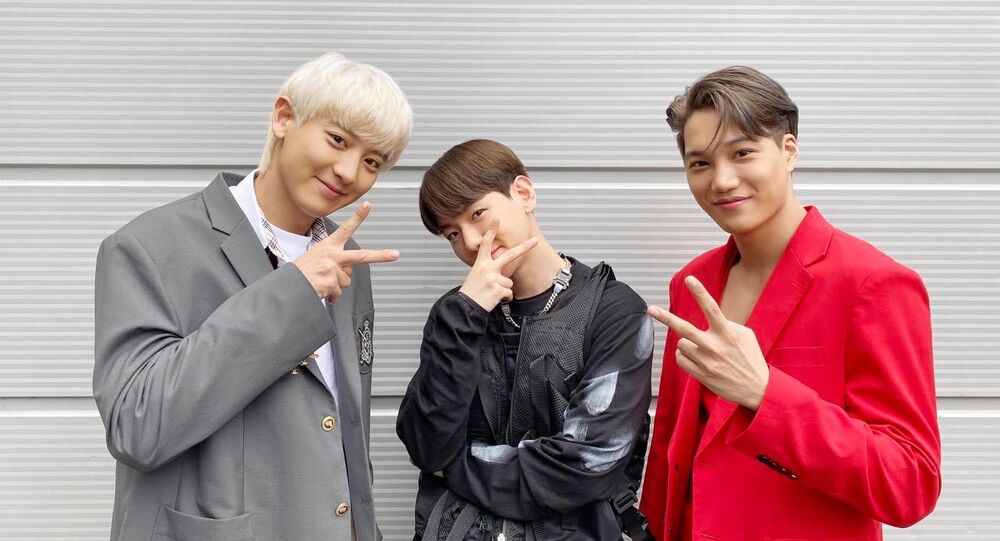 EXO World Domination: List of Brands Who Choose K-pop Stars as Their Models

Worldwide beauty and fashion brands couldn't resist EXO's selling power. How many brands throughout the world have signed advertising contracts with the idols?

The famous South Korean K-pop band is known for its powerful presence on the worldwide stage of music. The amazing visuals, endless talent and mind-blowing performances of this band have helped to raise K-pop music to another level. But there is one more key feature of this unique band - their Midas Touch to everything they are promoting or using. In 2018, Hyundai even stopped the pre-orders of their KONA electric SUV after releasing a promo song featuring the EXO-CBX subunit. Pre-orders reached 150% of the scheduled sales.

Global fashion and beauty brands have followed suit in presenting new ambassadors from EXO and here is the list:

The youngest member of EXO, Oh Sehun perfectly fitted the Berluti show at Paris fashion week and created a mess with his stunning appearance.

we finally got the hqs and I'm losing my mind again over model oh sehun HE'S INSANE #GoldenSehunDay pic.twitter.com/Qh11AyaMDu

Pasha de Cartier, a watch collection made by jewelry house Cartier that celebrated its 35th anniversary in 2020, also decided to choose Sehun as their muse to promote their watches.

Dior also chose Sehun as the new face of their Dior Men's collection and fans are excited about how powerful their little Sehun has become, who debuted at the age of 18 and has now become the face of the world famous brand.

Watch the video for his @EsquireKr editorial shoot to discover how K-Pop band @WeAreOneEXO member Sehun wears #DiorWinter20 by Kim Jones https://t.co/MQhDcJFlUh, a collection inspired by the creative legacy of designer and stylist Judy Blame. pic.twitter.com/VNtQxxjsrV

Talented producer, rapper and multi instrumentalist Chanyeol was booked by the Tommy Hilfiger brand back in 2017 and also added recognition to the brand while being a Tommy Boy and attending the brand's fashion shows.

Fans are also celebrating another recent modeling activity by Chanyeol, this time with Prada, as the artist joined a global campaign for the 2020 fall-winter collection, and EXO-Ls (the name of the fandom) are expressing their joy when they see the promo in different parts of the world.

THIS IS SO HUGE CHANYEOL PRADA AMBASSADOR IS IN ITALY RN THE ADS ARE REALLY PLAYING AT EVERY STORE PLUS THE BGM MUSIC IS BY NNG SO NNG IS GOING WORLDWIDE TOO OMG 👏 pic.twitter.com/ll93JYov3m

Kim Jongin, also known as favourite Gucci boy Kai, has already gained a lot of attention as a model with stunning and unique visuals. He became an ambassador for the brand in 2018 and his recognition is increasing.

His appearance on the 2018 Fashion Week Gucci show left people in shock, as EXO-Ls gathered to welcome their beloved Kai.

In addition, fans, who have longed for Kai to model for a cosmetic brand because of his modelling skills and unique skin color, celebrated the news that he became the first male muse of Bobbi Brown and was featured on the Korean magazine 1st Look promoting the brand.

Hi EXO-Ls! As most of us may not be aware, Kai on 1st Look is feautured in Bobbi Brown's ofcl IG page. We all loved it right? So come on and hit it with a double tap now ❤ pic.twitter.com/o2gp39a5eF

Chinese member Lay Zhang has become a muse for a lot of brands, in particular, MAC Cosmetics chose him as an Asia Pacific Ambassador to break down gender barriers.

Multi-talented musical artist, member of EXO and sensational performer @LayZhang is taking our relationship to the next level as our newest Global Ambassador. “I'm honored to continue working hand in hand with M•A•C Cosmetics and to continue to break barriers in the beauty space," he says. Stay tuned for more to come with Lay this year!

Daniel Wellington also chose Lay as a global ambassador and even came up with some collections dedicated to Lay, which were limited and immediately sold out.