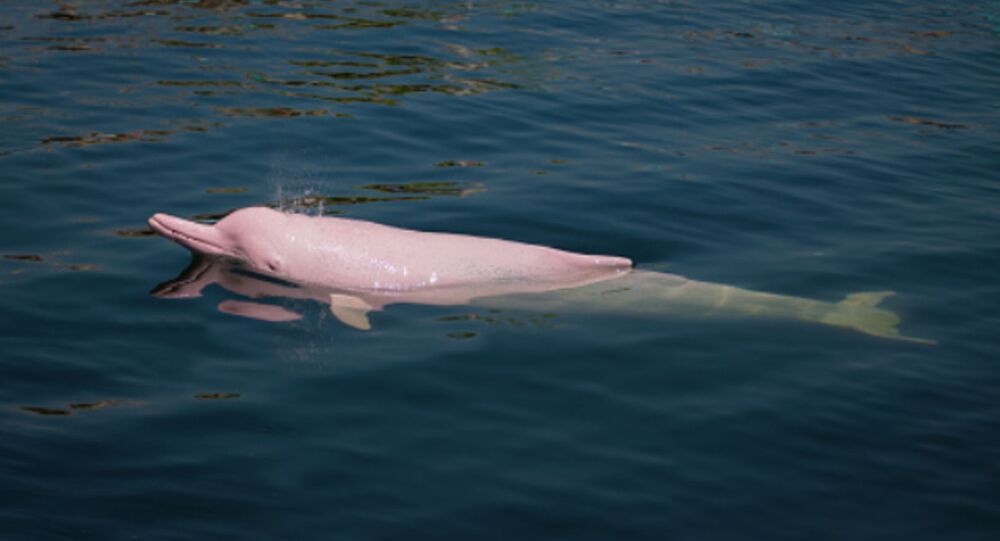 Rare pink dolphins are returning to the waters near Hong Kong and Macau as a result of halted marine traffic in one of the world's busiest sea lanes due to the coronavirus pandemic.

As the impact of the pandemic has halted ferries, the beautiful marine creatures seem to be thriving. However, scientists still remain deeply concerned about their long-term survival in the Pearl River Delta region despite the hopeful signs, reports the Bangkok Post.

The region comprises a number of mainland Chinese cities, including Shenzhen, Guangzhou and Dongguan, as well as the special administrative regions of Hong Kong and Macau. The major industrial center is home to about 22 million people, meaning that the waters nearby are typically busy.

“And aside from such heavy shipping traffic, the dolphins' key habitat has been disrupted by numerous large-scale developments, including the construction of Hong Kong's airport on reclaimed land and the world's longest sea bridge connecting the financial hub to Macau and Zhuhai,” the Post notes.

Conservationists like Naomi Brennan regularly board boats in the Pearl River Delta to observe the pink dolphins.

"They were engaging in a range of behavior, from feeding to traveling and socializing."

Her task of keeping an eye on the dolphins had been gloomy in the past, as their population has declined by 70-80% in the past 15 years. During this pandemic year, however, their numbers have bounced back.

Since February, ferries have not been traveling between Hong Kong and Macau, and scientists have taken the chance to document how the dolphins respond to the irregular calm.

"We're seeing much larger group sizes as well as much more socializing, mating behavior, which we hadn't really been seeing for the last five years or so," said Dr. Lindsay Porter, a Hong Kong-based marine scientist.

Since March, the number of pink dolphins in the area has grown by roughly a third, Porter’s research team found.

"These areas seem to be important for feeding and socializing. So it's great that there's this refuge for them," added Brennan, a member of Porter's team.

There is a tangible fear that the Pearl River Delta's pink dolphins could go extinct if the population's current trajectory continues, as it is estimated that there are only about 2,000 of the mammals left in the area - the minimum number that conservationists believe is necessary to sustain the species, according to the World Wildlife Fund (WWF).