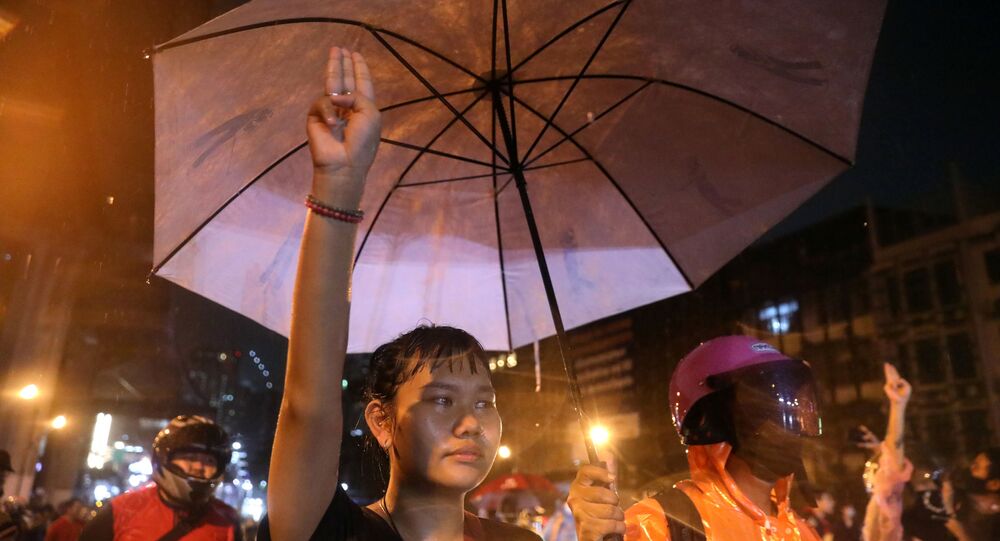 Another Protest Day in Bangkok Ends After Clashes Between Demonstrators, Police - Photos, Video

BANGKOK (Sputnik) - Leaders of the protest movement in Thailand announced an end of a rally on Friday soon after the police, equipped with riot gear, used chemical-laced water cannons against the demonstrators, according to a live broadcast on Facebook.

The live stream is broadcasted by protesters.

The police have made several attempts to disperse people who gathered in the Pathum Wan intersection and also used tear gas against the demonstrators.

The protest leaders then urged the crowd to leave the intersection and announced the end of the protest near Chulalongkorn University. Nevertheless, a small group of protesters remained in Pathum Wan and continued to resist the police.

Photos and videos from the scene were published on Twitter.

​The police call on remaining demonstrators to go home and promise them that they will face no consequences as the law enforcement officers have arrest warrants only for 12 protest leaders.