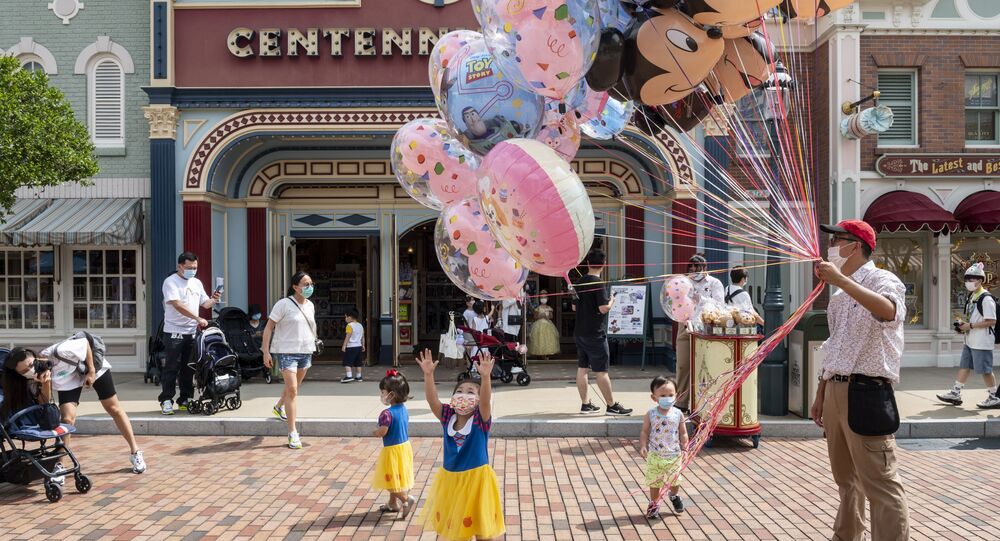 Since Covid-19 cases in China are slowing down, 637 million Chinese went on a trip around the country for the eight-day holidays (1 October – the National Day and Mid-Autumn Festival). According to the Global Times, domestic tourism revenue was 466.56 billion yuan ($68.6 billion). A professor specialising in tourism studies examines the outcome.

Sputnik talked to Jiang Yiyi, professor at the School of Leisure Sports and Tourism of Beijing Sports University, to discuss the results of Golden Week.

The Measures Have Worked

According to Jiang Yiyi, the increase in tourism was possible thanks to the timely and effective introduced anti-coronavirus measures.

“I think that we’ve got such statistics during the Golden Week because of the drastic measures to prevent and control the epidemic. I think if the measures were insufficient, there wouldn’t have been such results,” he said.

In June, the Chinese State Council published the White Paper “Combating COVID-19: China in Action” with a 126-point strategy to counter the virus.

© CC BY 2.0 / Fabrice Debatty/Friends of Europe / 45821
Why Europe Can't Help But Embrace Further Collaboration With China in the Post-COVID Era
Recall that total quarantine in Hubei province with the capital in Wuhan, which has become the hotbed of infection, was introduced on 23 January. After that, Beijing started to gradually impose restrictions across the country, closing schools, fitness clubs, karaoke, bars, introducing a mandatory mask and gloves wearing regime, and restricting the movement of citizens.

To contain and control the virus spread, China used tracking functionality in Alibaba Group and Tencent’s apps and health codes.

Thus, to get into public places, Chinese citizens had to demonstrate their colour code: red, yellow or green. It was updated automatically, analyzing personal data by reading information from credit cards and geolocation systems. All those who arrived in China had to quarantine for two weeks.

After the outbreak at Beijing’s Xinfadi market, mass coronavirus testing was launched. The deputy head of the Fengtai district and several of his subordinates were removed from their posts due to negligence.

Today, China records no more than 25 Covid-19 cases daily, all of them are imported. Local cases haven’t been observed for more than 50 days. For comparison, the United States records 50,000 cases every day, Russia records over 10,000; Italy, France, Austria, the Czech Republic, the UK and Canada have already announced the start of the second wave of the coronavirus.

According to the Civil Aviation Administration of China, from 1 to 8 October, national civil aviation carried a total of 13.26 million passengers, with the average daily passenger traffic of 91.07% of the same period in 2019.

However, tourists have slightly changed their habits due to the fear of infection. During the eight days of the holidays, there was a trend to spend all the time in one place, focusing on deeper exploration of tourist sites. This can be seen from hotel reservation statistics: the number of people staying at the same hotel for 5 days in a row has increased by 35%; the number of tourists staying at the same hotel for 7 days has increased by 70% compared to the previous year.

“We can see how the pandemic has affected this Golden Week’s travel habits. For example, more people opt for outdoor recreation and open air sightseeing. Some tourists have even chosen health routes. The pandemic hasn’t in any way affected the demand for travel,” Jiang Yiyi said.

The occupancy rate of popular tourist sites was 75%.

“Tickets for today are sold out,” Badaling Park said in its Weibo account on 3 October.

Losses are Compensated For

© AFP 2020 / OLIVIER MORIN
Free Will? During COVID-19 Era, People Have Restricted Range of Choices, Prof Says
In the seven days of Golden Week, the box office gross of cinemas across the country amounted to 3 billion 700 million yuans, reaching a record figure in the entire history of China’s October holidays.

Jiang Yiyi pointed out that despite the large number of people at tourist sites, all security measures had been taken.

“Currently, large attractions use a variety of methods to control the tourist flow, for example ticket booking is available for small groups so that there are not many people in one place at the same time. This year you can see a large number of tourists, but thanks to the competent distribution, everything turned out to be quite systematic.”

According to Jiang Yiyi, these figures were achieved thanks to the three prevention principles:

According to statistics, 30% of the total number of tourists were young people born after 1995.

“Most people born after 1995 are students. Due to the fact that schools and universities had resumed normal working hours long before the holidays, they had no chance to travel before the holidays. The Golden Week is quite long and the weather is very comfortable for travel. I think this is the reason why so many young people went travelling this year,” Jiang Yiyi explained.

Both the authorities and businesses saw Golden Week as an excellent opportunity to partially compensate for the losses caused by the coronavirus epidemic. According to China’s Ministry of Commerce, from 1 to 8 October, the daily volume of retail sales increased by 4.9% compared to last year’s holidays.

According to Xinhua, the UN Conference on Trade and Development noted that China’s growth will provide new development opportunities for other countries after the epidemic recedes.

China’s inactivated coronavirus vaccine may go on sale by the end of the year, the State Health Committee’s propaganda department said. At the moment, 11 Covid-19 vaccines are undergoing clinical trials in China, four of which are already in the third phase of testing.