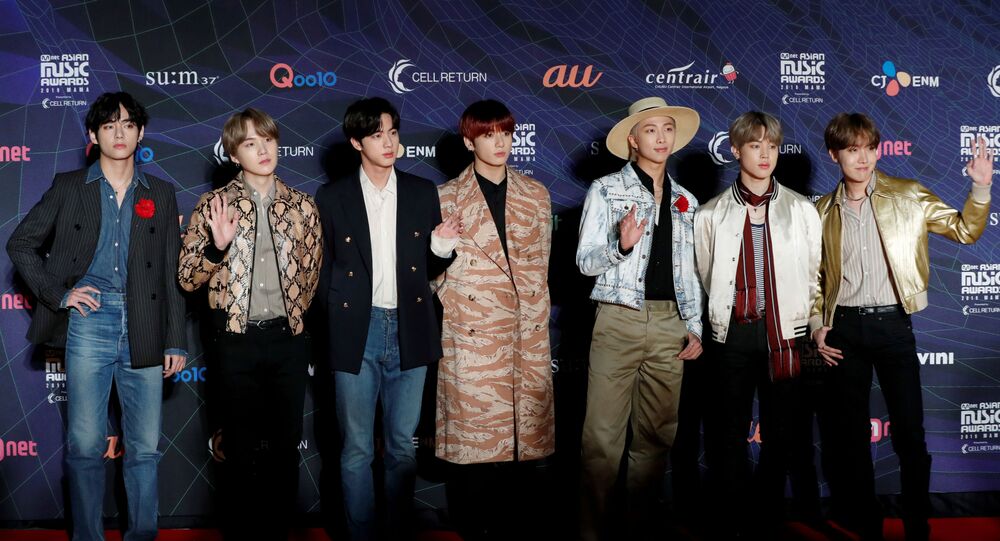 South Korea and the United States fought on the same side during Fifties military conflict with North Korea which received support from China. Not surprisingly, the events of this conflict which is known in history as the Korean War, are interpreted differently by the two sides.

South Korean boy band BTS is facing a strong backlash from Chinese fans after its lead member RM said after receiving the General James A Van Fleet Award celebrating US-South Korea relations that they “will always remember the history of pain that our two nations shared together and the sacrifices of countless men and women”.

​RM was referring to the Korean War, a 1950-53 conflict during which the United States and South Korea fought against North Korea supported by China and Soviet Union.

The statement has angered Chinese fans of the K-pop band, who rushed to point out that it was the United States who was the “aggressor” in the war in which thousands of Chinese lives were lost, according to Beijing-based outlet Global Times.

The comments were made on Chinese microblogging website Weibo, which is used by millions of BTS’s fans, as many disappointed Army members (the name for BTS fandom) pledged to stop following the band.

“They didn't say anything about China, they don't remember the sacrifices of the Chinese people. Fans should not admire the breadth of soul of these guys, they don’t need to look for reasons to sell their homeland,” said a Weibo user under the nickname ‘Pirate Ship’.

“Representatives of Korean show business are on the same foot with their government - the fact that they say this, does not surprise me at all,” a person named Baoteng Xiatian added in Chinese.

Some of the users also called on China to stop supporting the group financially in the country and soon, the Global Times reports, BTS-related smartphones and other tech manufactured by Samsung had disappeared from Chinese e-commerce platforms JD.com and Tmall.

JD’s store staff later told the Global Times that the products were just out of stock. However, not everyone believed this.

BTS announced its thanks to the soldiers of the Korean War at the time of the award. Chinese fans criticized them for insulting China and said no longer their fans.

No matter how I think about it, I don't understand where there is insult to China.🧐🤨

​“I can confirm that members of the Chinese fan club Army are having a fierce debate on Weibo and other social media regarding this incident with BTS,” said Hwang Soyeon, a reporter for South Korea’s TV Daily.

“Chinese Army is a group of BTS's most dedicated fans, who even placed promotional material for the band in New York's Times Square. But judging by the sentiment within Army itself, which is paying close attention to the issue, it is unlikely that the problem will escalate to dramatic levels.”

The incident has, however, already caught the attention of the Chinese Foreign Ministry, whose spokesman pointed out on Monday that it was important to look into the future and “strengthen friendships”, while “remembering examples of history”.

The Korean War was an important event in the history of Asian nations and as the battle over its legacy continues, BTS fans from all over the world keep debating online whether RM’s comments are indeed worth such a kerfuffle.

It is a war that involved China. BTS can say anything they like about the US's contributions. But don't expect fans, who are from the country the US fought against, to be quiet. They are Chinese first, then whoever's fans.

Another sensitive question is whether this recent scandal over BTS would affect already shaky relations between the two countries that had just started to improve, at least in a cultural sphere. Relations became particularly tense after a ban on so-called “Korean Wave” in China in 2016-2017 when the US missile system Thaad was placed in South Korean territory to deter possible attacks from North Korea.

The move was negatively regarded by China back then, with Beijing deeming the complex located so close to its borders as threatening.