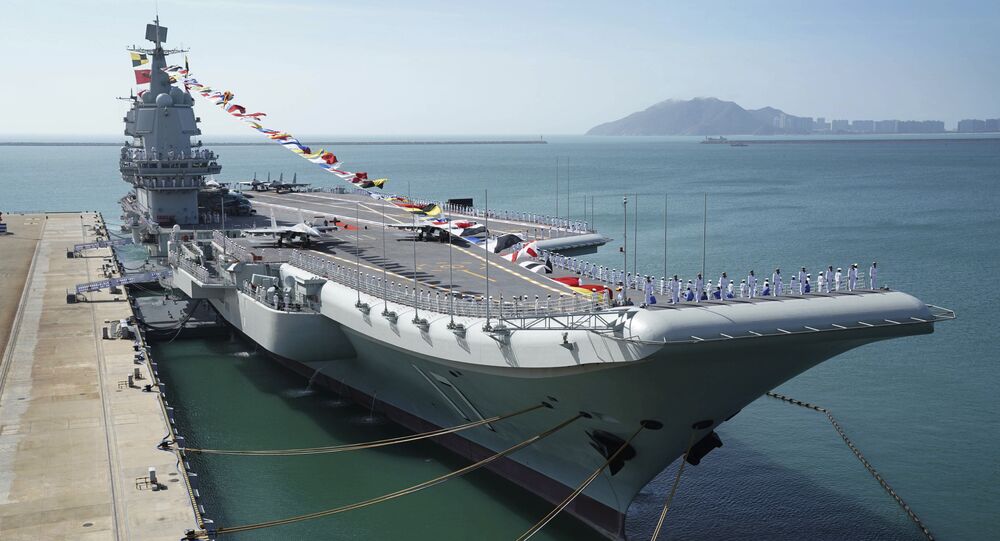 "The Chinese ships entered the Japanese territorial waters on October 11 and continue to remain there, for more than two days already. This is extremely unfortunate. Japanese maritime security vessels reiterate the demand to leave Japan's territorial waters," Kato said.

Tokyo has also communicated with Beijing on the matter via diplomatic channels, according to the official.

"Through diplomatic channels in Tokyo and Beijing, we continue to repeat our strong protest. We demand that [the Chinese vessels] stop approaching Japanese fishing ships and leave our country's territorial waters as soon as possible," Kato said.

Both Japan and China have extended territorial claims over the Senkaku Islands. Japan insists on its sovereignty over the islands, effective since 1895, while China points to the 1783 and 1785 Japanese maps designating the islands as a Chinese territory.

After the Second World War, the Senkaku Islands went under the control of the United States and were later passed to Japan, in 1972. Japan believes that China's sovereignty claims over the islands follow the discovery of valuable minerals in their shelf water in the 1970s. The territorial dispute escalated in 2012, when the Japanese government purchased three of the five islands from the private owner, thus establishing Tokyo's sovereign ownership.