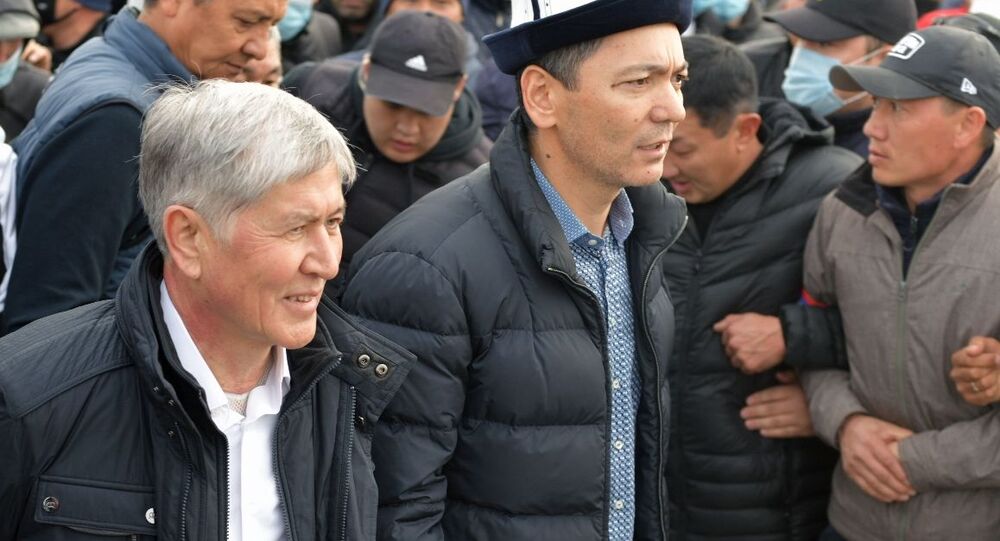 Former Kyrgyz President Almazbek Atambayev, who was recently released from jail in protest-hit Kyrgyzstan, survived an assassination attempt earlier in the day after an unknown person opened fire at his car.

A video allegedly depicting the moment ex-Kyrgyz President Almazbek Atambayev's car was shot by a protester in Bishkek has been shared on Telegram by Sputnik Kyrgyzstan.

In the footage, the black vehicle purportedly carrying the former head of state was leaving a protest-hit square in the capital when a man fired several rounds at it with a gun.

Earlier in the day, Kunduz Zholdubaeva, an aide to the former Kyrgyz president, said that Atambayev was not injured in the incident.

Kyrgyzstan has been gripped by protests that erupted in the wake of what many considered to be an unfair general election.

Protesters managed to release Atambayev from jail, where he was serving a sentence on corruption charges.