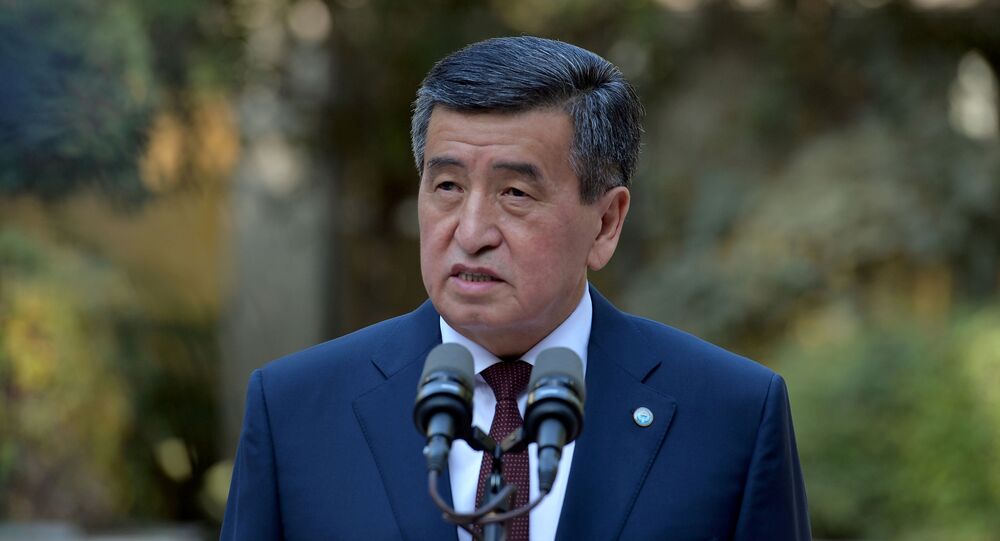 BISHKEK (Sputnik) – Kyrgyz President Sooronbay Jeenbekov has expressed readiness to leave his post after the appointment of new heads of executive bodies and the country's return to the legal order.

“We need to return the situation to the legal order as soon as possible. After the appointment of legitimate heads of the executive bodies and the country's return to the legal order, I am ready to leave the post of the president of the Republic of Kyrgyzstan,” Jeenbekov said on late Thursday, as quoted by his press service.

The president stressed that no post should be placed above the country's integrity and the nation's unity. From his point of view, the political situation in Kyrgyzstan had reached a critical point.

He called on political forces in the country to preserve peace and not to divide people.

Mass protests erupted in the post-Soviet Central Asian republic on Monday in response to what many considered as an unfair general election. Protesters, led by supporters of the parties which failed to pass the threshold for winning seats in the parliament, clashed with law enforcement and stormed the parliament building, which also serves as the office of the Kyrgyz president.

Prime Minister Kubatbek Boronov stepped down on Tuesday and has been replaced by an opposition politician, Sadyr Japarov. In a sign of a split in the ranks of Kyrgyz opposition, some of the parties have refused to recognize Japarov. The dissenters formed an opposition council, called for the president's impeachment and the parliament's dissolution, and vowed to elect another prime minister.

The unrest in Kyrgyzstan has left one person killed and more than 1,000 people injured.