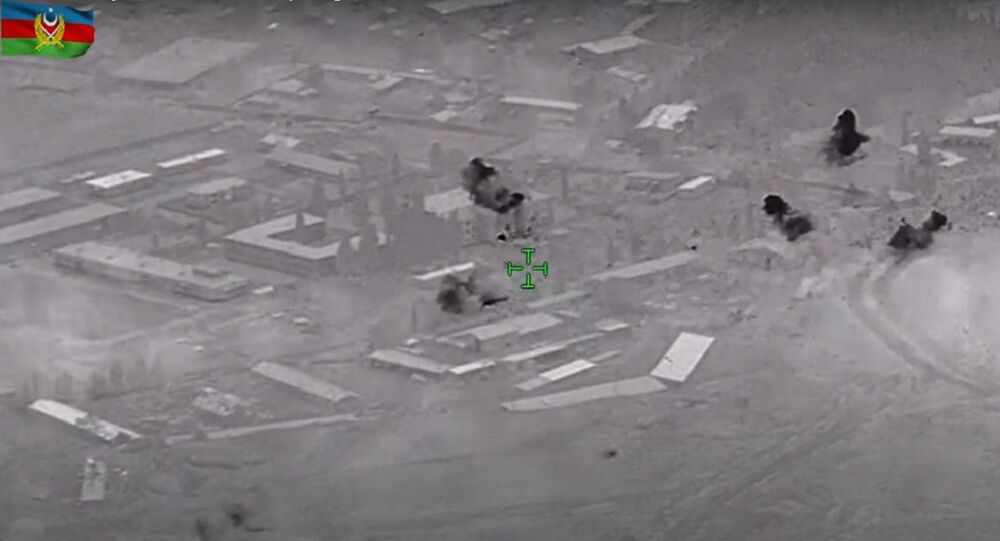 Hostilities in Nagorno-Karabakh, an Armenian-majority breakaway region in Azerbaijan, erupted on 27 September when both sides accused each other of violating the existing ceasefire.

The Azerbaijani Defence Ministry has shared footage of alleged night combat, without specifying the actual location of the hostilities.

The video shows "artillery strikes carried out during night battles on the headquarters, infrastructure, weapons and ammunition depots of a military unit of the Armenian Armed Forces", a message on the official website of the Azerbaijani Defence Ministry said.

Armenia and the self-proclaimed Republic of Artsakh, which controls most of Nagorno-Karabakh, have said that Azerbaijan launched an offensive against the breakaway region.

Following the outbreak of hostilities in Karabakh on 27 September, Armenia declared martial law and full mobilisation, while Azerbaijan announced martial law and a partial mobilisation. Numerous countries, including Germany and Russia, have called on the parties to cease the hostilities and settle conflict by engaging in dialogue. However, Turkey has vowed to support Azerbaijan in any way the country needs.