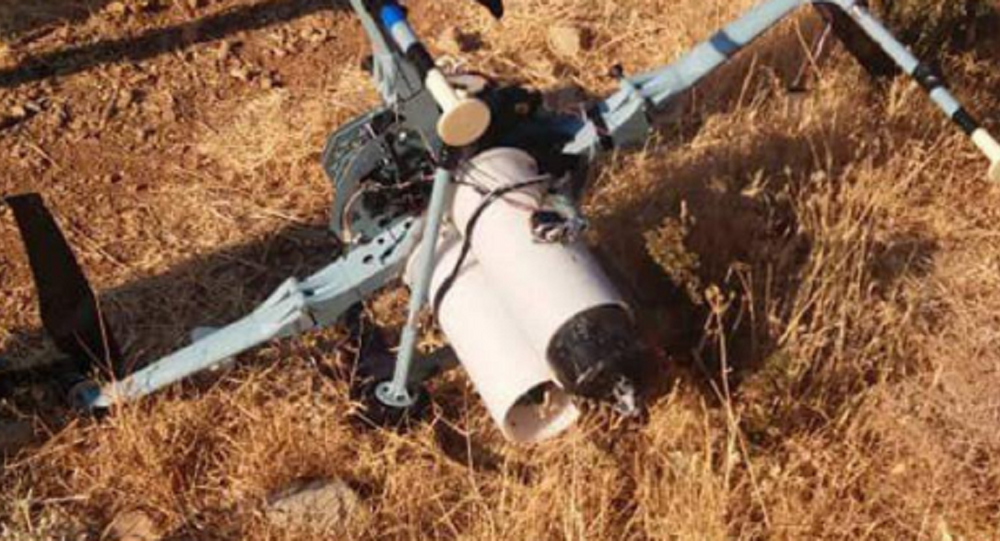 MOSCOW (Sputnik) - Two drones fell in the Georgian eastern region of Kakheti that borders Azerbaijan, the Georgian Ministry of Internal Affairs said on Wednesday, as clashes continue between Armenia and Azerbaijan over Nagorno-Karabakh.

"On 7 October of the current year, the Ministry of Internal Affairs received a report regarding the crash of two unmanned aerial drones in vicinities of Udabno village, Sagarejo municipality and village of Sanavardo, Kvareli municipality at 18:35 and 18:45 pm [14:35 and 14:45 GMT]", the ministry said in a press release, adding that no one was hurt.

Tbilisi has launched an investigation into the incident.

Armed clashes broke out along the line of contact in Nagorno-Karabakh on 27 September after both the Armenian and Azerbaijani armed forces accused one another of violating a ceasefire.

Yerevan and Baku have claimed that the other has deliberately aimed at civilian targets both along the line of contact and further afield.

© Sputnik / Sergey Guneev
Putin Emphasizes Urgent Need to End Hostilities in Nagorno-Karabakh During Call From Armenian PM Pashinyan
The international community, including the Organiыation for Security and Co-operation in Europe's Minsk Group, which is led by Russia, the US, and France, have called on all parties to cease firing immediately. Tbilisi has also expressed readiness to mediate the conflict and host possible meetings of Azerbaijani and Armenian officials.

Since 1988, Armenia and Azerbaijan have been disputing the status of Nagorno-Karabakh, an Armenian-majority autonomy that launched a bid for independence from Azerbaijan during the last days of the Soviet Union. The OSCE Minsk Group, co-chaired by Russia, France and the United States, has been leading the effort to bring peace in the region since 1992.