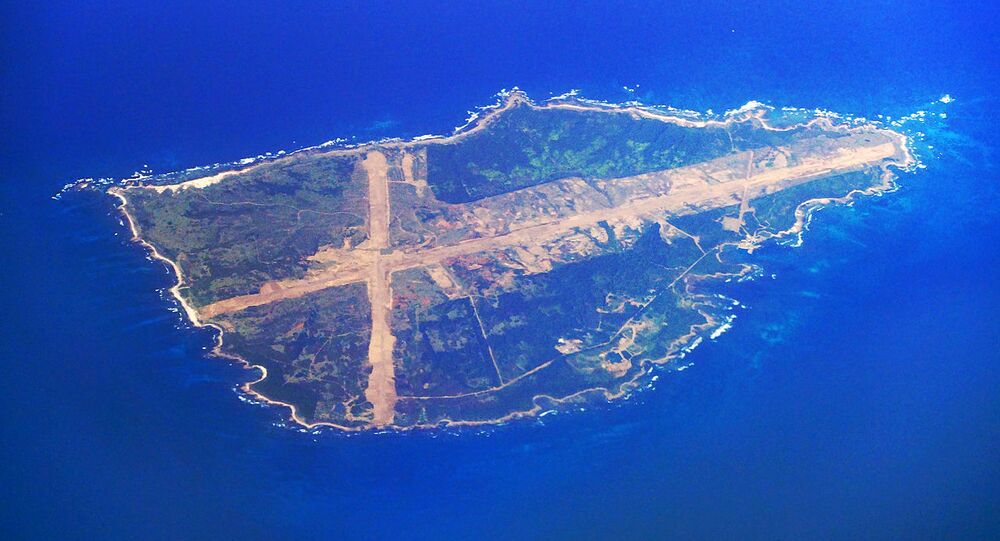 Late last year, the Japanese Defence Ministry finalised the $146 million purchase of Mageshima Island, which is expected to be used for massive military exercises involving US aircraft carriers.

Nishinoomote Mayor Shunsuke Yaita has made it clear that he remains opposed to the Japanese military’s plan to build a Self-Defence Forces (SDF) base on the island of Mageshima.

The uninhabited island is administered by the city of Nishinoomote located in southwestern Japan’s Kagoshima Prefecture.

"As the local chief, I can't agree [with the plan]", Yaita was quoted by the news website Nippon.com as saying in a statement on Wednesday.

The mayor also voiced concern over possible environmental pollution due to the SDF's use of the Mageshima base, which he said "could be a target of [simulated] military attacks that will threaten the safety of the area".

The remarks come after then-Japanese Defence Minister Tomohiro Yamamoto met Yaita in August to discuss the layout of the base, which is expected to have two runways, a port and a hangar.

The base will be manned by 150 to 200 SDF servicemen to host the US military’s field carrier landing practices once or twice a year, which will most likely involve ship-based F-35B fighter jets and the V-22 transport aircraft.

The Yaita-Yamamoto meeting followed the Japanese Defence Ministry wrapping up the $146 million purchase of Mageshima in early December 2019.

Then-Chief Cabinet Secretary Yoshihide Suga said at the time that it's "important to secure the site for field carrier landing practice from the viewpoint of security so we will continue to try to build a permanent facility at an early date".

Planes make a lot of noise taking off and landing during the deck-based aircraft exercises, something that has repeatedly prompted residents and local governments to protest in Japan.

© RIA Novosti . Andrey Bichurov
Japan-US Drills to Continue Amid US-S.Korean Exercises Freeze – Defense Minister
As a result, the drills were moved to the almost-deserted remote island of Iwo Jima, located more than 1,200 kilometres (745 miles) from Tokyo.

In 2011, the US and Japanese military agreed to work out the issue of relocating a training ground for the deck-based drills to Mageshima Island, located 400 kilometres (248 miles) from the US Iwakuni Air Force Base in the southeast of Honshu Island, where about 60 United States carrier-based aircraft were earlier deployed.