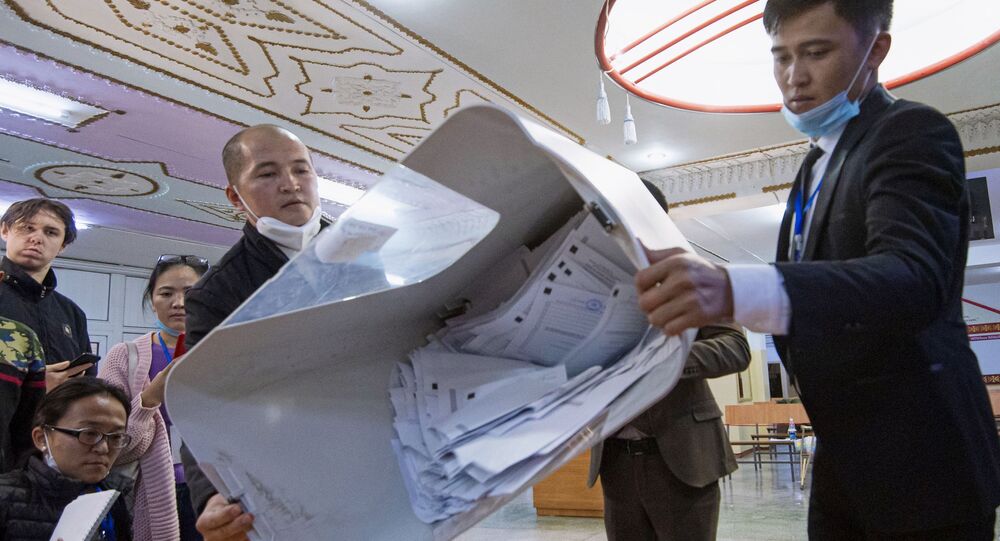 Earlier in the day, leaders of the Kyrgyz opposition forces called on the parliament to convene to appoint a new composition of the cabinet.

The Kyrgyz Central Commission has declared the results of Sunday's parliamentary election void.

"The Central Election Commission made a decision to annul the results of the elections. There were 12 votes in favour," Gulnara Jurabaeva wrote on Facebook.

Kyrgyzstan has been rocked by unrest against the results of the parliamentary elections. So far, one person has been killed, with 590 others injured in clashes. President Sooronbay Jeenbekov called the events an attempt to illegally seize power.

© REUTERS / VLADIMIR PIROGOV
All You Need to Know About Protests in Kyrgyzstan
Elections to the Kyrgyz parliament were held on 4 October. The turnout was 56.5 percent.