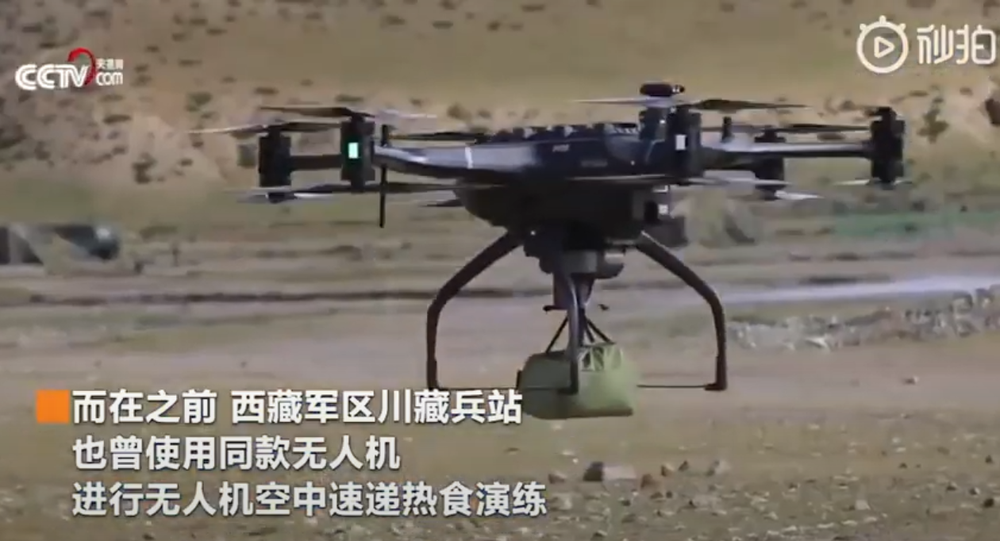 The new drone can reportedly perform various missions, from recon to midair interceptions, as well as engage enemies with guided munitions.

Chinese media recently highlighted what seems to be a new addition to the country's formidable military arsenal – a combat drone fitted with a pair of grenade launchers.

A video originally shared by Chinese broadcaster CCTV on social media platform Weibo shows the drone being deployed during a drill by a “special brigade under the land force of the People's Liberation Army”, the Daily Mail notes, adding that said military exercise was apparently conducted in Yunnan Province.

The unmanned rotary winged aircraft is reportedly capable of conducting a variety of missions, ranging from reconnaissance to midair interceptions, and can also deploy guided munitions against enemy targets.

According to the newspaper, the drone in question was likely produced by a Chinese company called Harwar which specialises in the “development and manufacture of drones with 'special equipment'”.