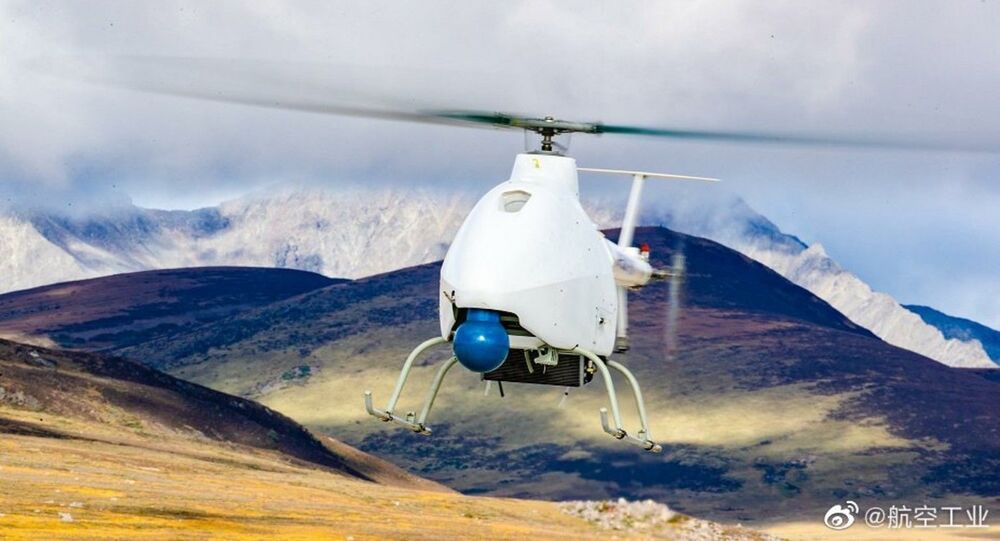 China’s AR-500C unmanned aerial vehicle (UAV) prototype has completed a test flight at a high-altitude airport and is confirmed to be capable of carrying an 80-kilogram (176-pound) payload, according to new state media reports.

The Aviation Industry Corporation of China (AVIC) revealed this week that its AR-500C had completed a series of tests on Sunday while in the southwest province of Sichuan, including climbing, hovering and rotating before landing, according to the South China Morning Post (SCMP).

According to these images, the AR-500C successfully performed a test flight on the plateau on 27. September 2020.

Reports of this come amid China’s border dispute with India and the recent buildup of Chinese troops in the Ladakh region.

According to DefPost, the chopper drone’s test flight area was at Daocheng Yading Airport, the highest civilian airport in the world at 4,411 meters (14,472 feet) above sea level.

“The test-flight area was roughly the same altitude as the Himalayan region that includes the Line of Actual Control where China and India have been locked in a tense territorial stand-off,” the SCMP reported.

AVIC's AR500C unmanned helicopter made its maiden flight on Tibetan Plateau. The data shows it can operate with 500kg max takeoff weight at an altitude up to 5,000M.
It's designed for recce, comm relay, electronic attack, fire strike n nuclear radiation recce at high altitude. pic.twitter.com/GsRuIvkMrm

AVIC detailed that the test flight itself provided confirmation that the AR-500C could carry an estimated payload of 80 kilograms (176 pounds) while staying aloft for a period of five or more hours.

“This means that in a plateau rescue mission it can deliver a day’s supply of life-saving food for more than 30 people in one flight,” noted chief designer Zeng Guogui, as reported by the SCMP.

The state-owned corporation emphasized that the chopper drone was capable of reaching the Tibetan Plateau.

The chopper drone was seen in May making its maiden flight in the eastern Chinese province of Jiangxi.

AVIC noted that the AR-500C is designed to be used in missions related to reconnaissance and communications relay. However, DefPost noted that the chopper drone is capable of also running “electronic disruption, target indication, fire strike, cargo delivery and nuclear radiation and chemical contamination reconnaissance.”