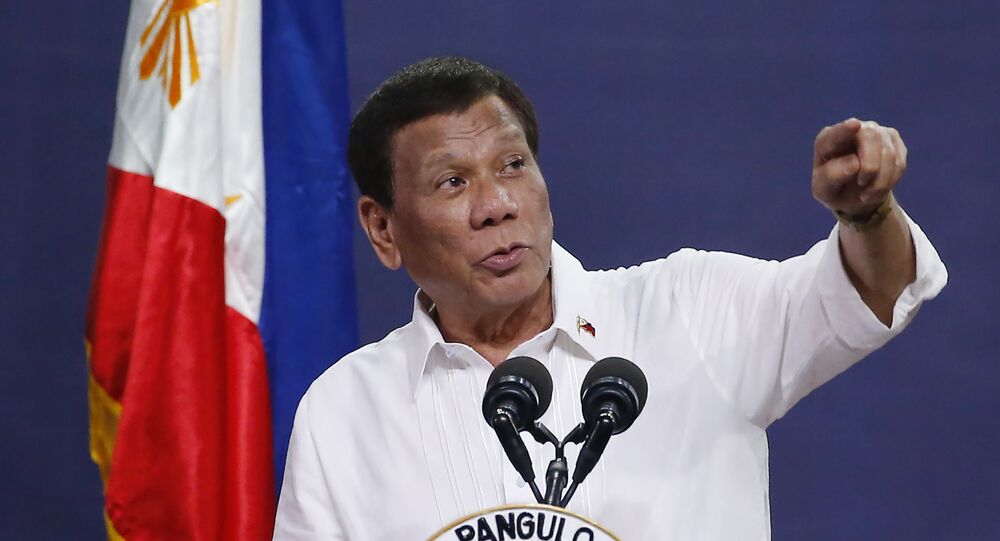 Last week, Facebook removed what it described as a Philippine network of fake accounts after its operators allegedly used “coordinated inauthentic behaviour” to mislead users.

Philippine President Rodrigo Duterte has invited Facebook officials to discuss the social network’s recent removal of several accounts that he claimed backed his government’s ideas, a move that Duterte hinted may question the feasibility of Facebook operating in his country.

“You know, Facebook, insurgency is about overturning government. What would be the point of allowing you to continue if you cannot help us?” the Philippine president said on Monday without elaborating on which Facebook accounts he meant.

He pointed out that if the social networking giant cannot help him protect government interests, “then let us talk”.

“We may or we may not find the solution. If we cannot, then I’m sorry”, Duterte concluded.

The televised remarks came after Facebook said last week that it had scrapped a network of fake accounts, adding that its probe into the issue “found links to Philippine military and Philippine police”.

© AP Photo / Eugene Hoshiko
Duterte’s Ban on US Lawmakers Will Not Stop Criticism of Rights Abuses - Senator Markey
According to the investigation, the operators of the accounts tried to conceal their identities and used “coordinated inauthentic behaviour” in order to mislead Internet users.

Representatives of the Philippine military and police, for their part, claimed that none of their official Facebook accounts was removed and that only an account of a military-backed private group called "Hands Off Our Children" was deleted.

The group campaigns against the recruitment of students and children by communist guerrillas from the New People's Army (NPA), an armed wing of the Marxist-Leninist-Maoist Communist Party of the Philippines (CPP).

Philippine military Chief of Staff Gilbert Gapay called for the group’s Facebook account to be reinstated, insisting that “their grievances are legitimate, and their calls urgent”.

© REUTERS / Dado Ruvic
Facebook Continues Censorship Crackdown by Purging Police Accountability Pages
He was echoed by presidential spokesman Harry Roque, who argued that Duterte was among those officials who opposed Facebook’s removal of the group's account, which he claimed was tantamount to censorship.

The Philippine president and his allies have repeatedly rejected accusations that they have secretly maintained fake social media accounts so as to indicate public support for Duterte and crack down on his critics.

The Philippines remains the fourth-largest Asian country after India, Indonesia, and Japan in terms of the number of Facebook users.