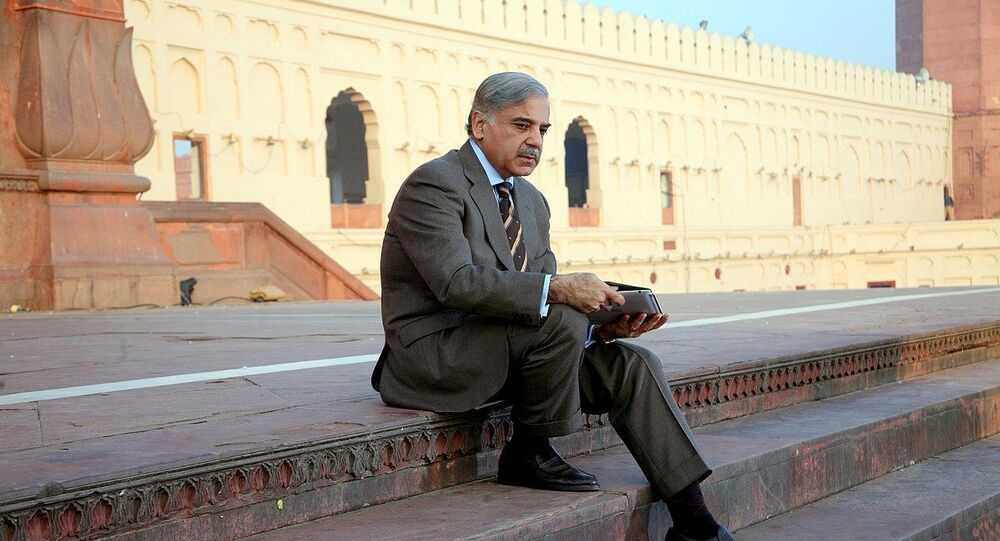 The Imran Khan government has expedited inquiries into political leaders since assuming office in 2018. Nawaz Sharif, a former prime minister and the brother of Shehbaz Sharif, had been facing a non-bailable warrant after refusing to appear before court in Pakistan earlier this month.

The National Accountability Bureau (NAB) - the constitutional body responsible for investigating corruption cases - on Monday arrested the leader of the opposition in the lower house of parliament (National Assembly), Shehbaz Sharif, after the Lahore High Court (LHC) rejected his bail application in a money-laundering case.

Shehbaz Sharif, 69, who is the younger brother of former PM Nawaz Sharif and former chief of Punjab, had approached the Lahore High Court (LHC) last week concerning several cases, including a $41.9 million money laundering case against him filed by various agencies.

A video showing hundreds of party workers chanting slogans outside the court to express solidarity with the former chief minister of Punjab appeared on Pakistani news channels.

Last December, NAB had issued orders to freeze 23 properties owned by Shehbaz Sharif and his family, over claims they had "acquired assets beyond their known sources of income and committed money-laundering".

Shehbaz Sharif appears to be in a good mood. 👍 to the media cameras pic.twitter.com/KA0X5CRPWe

Meanwhile, Bilwal Bhutto Zardari, leader of the Pakistan People's Party has said that the victimisation of the opposition is continuing to occur by the Imran Khan government during the global pandemic.

Since assuming office in 2018, Pakistani Prime Minister Imran Khan has reiterated that he will not give way to the corrupt individuals who destroyed the country's economy in the past.