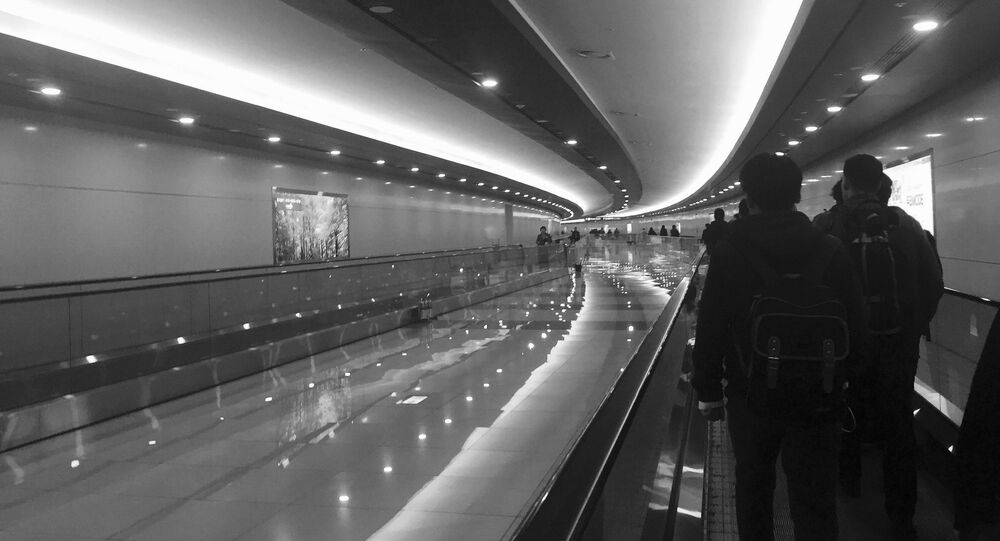 The boy band has not yet seen its debut but already has the attention of K-pop fans.

Netizens who are fond of K-pop, and there are many, were shocked by an accident related to the rookie band Enhypen on 26 September.

Videos of a mess created by sasaengs (fans who follow idols on official and unofficial schedules to take photos and video for their own websites) were spread on social networks and saw strenuous objection and indignation from fans worldwide.

Enhypen, a joint project of Big Hit Entertainment and Belift Lab, had a schedule in light of preparing for their debut and promotion in November, and appeared at the Gimpo International Airport in Seoul.

Some of members were pushed and fans created a dangerous situation not only in the light of the COVID-19 pandemic but seeing injuries to the idols, staff and others.

K-pop netizens were furious, trending #PROTECTENHYPEN worldwide at first to bring the attention of safety to agencies, artists and fans. Some recognised the sasaengs of other groups who participated in the so-called stalking. Belift Lab provided feedback after the accident and revealed some guidelines for fan behaviour

a sasaeng for bts, txt and now enhypen. please email BH about this and send the photos of this girl. blacklist her. she always follows the boys everywhere especiall yeonj*n. this is scary and dangerous. #ProtectEnhypen pic.twitter.com/OQNgSY4GUu

Your faces will be remembered. We won't stop until we send you and everyone else to jail. You'll absolutely regret hurting people, minors. #ProtectEnhypen #PROTECT_ENHYPEN @BELIFTLAB pic.twitter.com/saj7LUzZkj

THEY ARE MINORS. they didn’t even debut yet and they are already getting treated like this. sunoo is so strong to be able to post and spread positivity after what happened. keep them safe because they dont deserve this #ProtectEnhypen pic.twitter.com/wTAL0lrC7m

"No matter who you are,
Where you're from
Your gender identity
Your skin color
Your age
YOU WILL GET SUED" --bang pd#ProtectEnhypen pic.twitter.com/CJ4x6uf3zk

The group's official accounts were opened this September, a pre-debut promotion was announced, and debut is scheduled for November 2020 - highly anticipated by fans who have followed the members since their participation in the show.