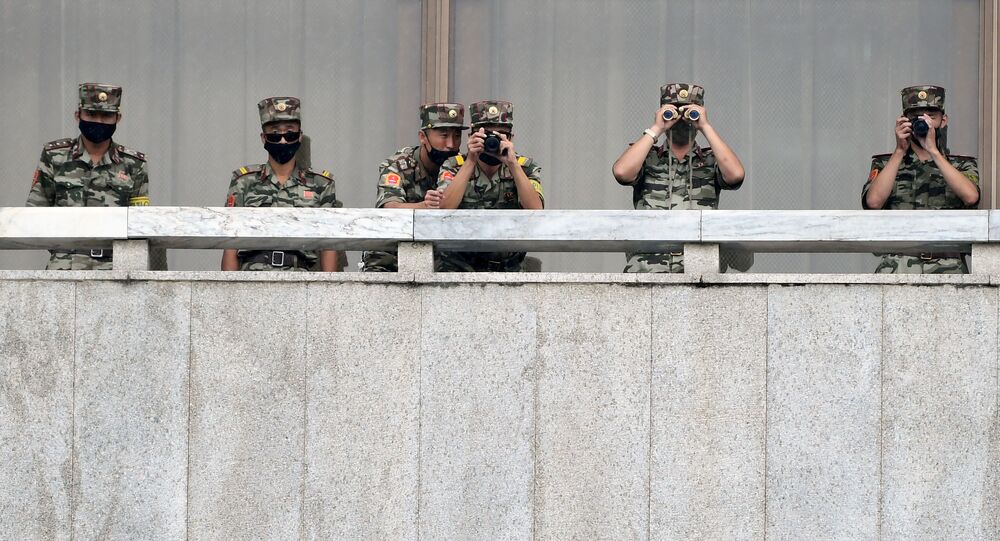 On Thursday, South Korean officials, including President Moon Jae-in, revealed that Pyongyang had shot an employee in the country’s fisheries ministry and burned his body. According to the South Korean president’s administration, North Korea's supreme leader Kim Jong-un has already apologised for this “unfortunate incident”.

South Korea has called for its "readiness posture" to be "strengthened... regarding the current situation" after one of its officials was shot by North Korean troops, according to the defence ministry’s comments cited by Seoul-based Yonhap News Agency.

The ministry's deputy spokesman Col. Moon Hong-sik told reporters on Thursday that South Korea will step up its surveillance near the demarcation line dividing the two country’s sea border.

"The focus is on closely monitoring North Korean military moves around the clock and to maintain a firm defence posture to react swiftly to all circumstances so as to prevent the escalation of tensions," the official said.

Defence Minister Suh Wook said himself in a speech delivered on Armed Forces Day that South Korea “will keep a full military readiness posture to protect the lives and the safety of our people.”

"If North Korea threatens them, we will have stern reactions," Suh Wook added, but he stopped short of directly referring to the incident, according to Yonhap.

This week, South Korea's Defence Ministry accused North Korea of fatally shooting a South Korean official linked to the Ministry of Oceans and Fisheries and then incinerating his body. The man had been missing since Monday, after disappearing from an inspection boat which was drifting near the Yeonpyeong island, territory belonging to South Korea but close to the northern limit line that marks a sea border between the two countries.

It is believed that North Korean troops fired 10 shots against the man in compliance with protocol, after he intruded into the country’s territorial waters. South Korea's President Moon condemned the act, calling it “shocking” and “unpardonable”.

Yonhap news agency later reported, citing comments from the South Korean president’s administration, that North Korea has apologised for the “unfortunate incident” in a formal notice sent by North Korea's supreme leader Kim Jong-un. Kim also allegedly expressed hope that this situation would not damage relations between the two countries.