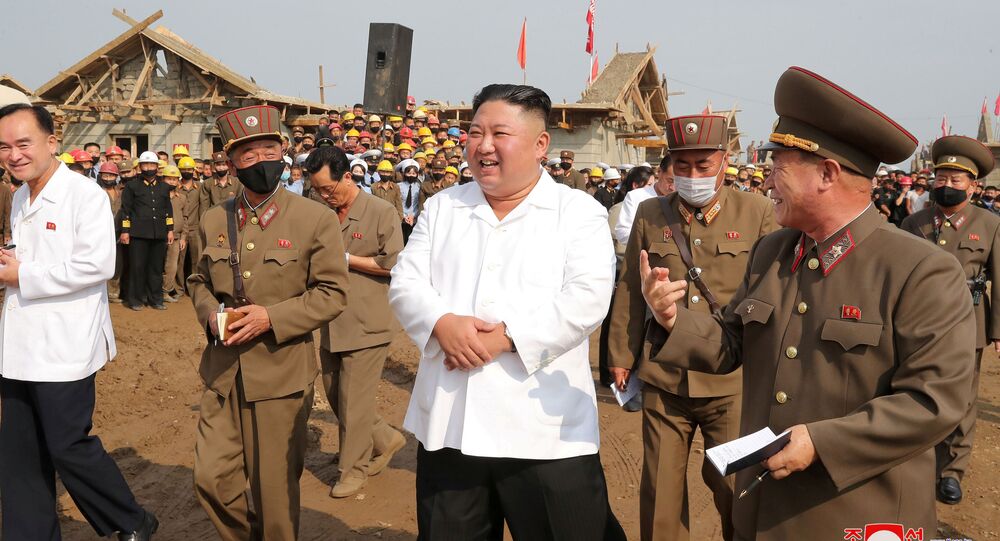 Four service members of the North Korean military allegedly involved in conducting a dramatic assassination attempt against the DPRK's Supreme Leader were said to be discovered by South Korean authorities while trying to flee to Japan in a fishing boat.

Kawano said that four North Korean military agents carried out the failed attempt to kill Jong-un at a beach resort in the Wonsan-Kalma region, which Kim Jong-Un regularly visited.

“Attempts by the North Korean military to assassinate Chairman Kim Jong-un in the Wonsan-Kalma region had been unsuccessful,” Kawano said, as qouted by The Sun. “Four people escaped that day and were headed to Japan by sea.”

The Japanese defence chief added that the incident did not garner significant media coverage because the media outlets were busy with a dispute between a South Korean warship and a Japanese patrol aircraft that was taking place at the time.

Following the assassination attempt, according to Kawano, South Korea deployed a guided-missile destroyer to the Wonsan-Kalma region upon receiving intelligence from the inter-Korean liaison office in Kaesong, near the border.

In February 2017, Jong-un’s half brother Kim Jong-nam fell victim to an assassination attempt that was allegedly ordered by Jong-un. The eldest son of former North Korean leader Kim Jong-il was killed with the nerve agent VX in Malaysia at Kuala Lumpur airport while he was waiting take a flight to Macau to visit his family, according to police.

Two women, who were also affected by the chemical weapons, were arrested and accused of smearing Jong-nam’s face with the chemical weapon. They claimed that they were duped into believing it was part of a television stunt.. The trial is ongoing. If convicted, Siti Aisyah and Doan Thi Huong could be hanged.

Trump Told Sarah Sanders to 'Take One for the Team' With Kim Jong-un, New Book Claims