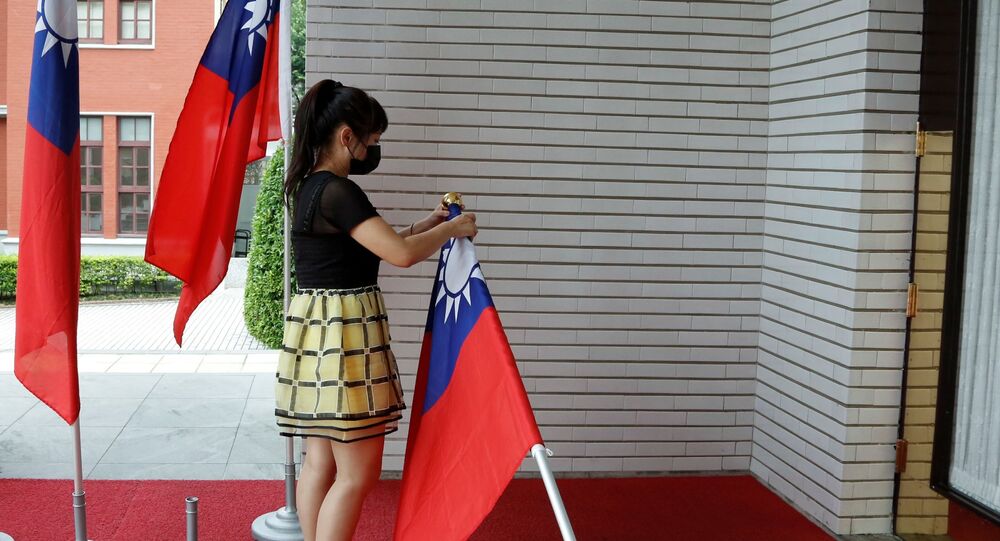 Beijing has repeatedly called Taiwan a sensitive issue in its relations with Washington, as China considers the island to be an essential part of its territory. The US officially follows the "One-China" policy, which only recognises the Chinese government based in Beijing, but continues to develop trade and business ties with Taiwan.

Hsiao Bi-khim, head of the Taipei Economic and Cultural Representative Office (TECO) in Washington, has responded to media attention over changes in her Twitter page bio, which currently describes her as “Taiwan Ambassador to the US”. In Washington, TECO functions as an unofficial embassy for the island

“Sorry to disappoint so many supporters, but Taiwan Ambassador is what many call me and also my job description. My title remains Representative, Taipei Economic and Cultural Representative Office, when engaging with the US government”, Hsiao tweeted on Monday.

She also added the clarification on her Facebook page, where Hsiao specifically referred to the “difficult” situation in Taiwan, which is why she said her “workload and the frequency of […] interactions with the US are more complicated than that of other countries’ ambassadors”.

“So ‘ambassador’ is not only a descriptor for my current job but is how many friends in the US refer to me”, she added.

China, US at Odds Over Taiwan

The remarks come amid heightened tensions between China and the US over Taiwan, which further worsened after US Under Secretary of State for Economic Growth, Energy and Environment Keith Krach’s visit to the island on 17 September.

The Chinese Foreign Ministry underlined that the visit violated the "One-China" principle and the three Beijing-Washington joint communiques on developing bilateral dialogue.

China's Defence Ministry spokesman Ren Guoqiang, for his part, accused the US and Taiwan last week of "stepping up collusion, frequently causing disturbances", even though he did not make any reference to Krach’s visit.

© Flickr / Alex Lin
Taiwan Claims China Lacks ‘Full Assault’ Capability to Bring ‘Breakaway Province’ Under Control
He added that the Chinese People’s Liberation Army's (PLA) Eastern Theatre Command was conducting a live-fire drill in the Taiwan Strait, which Rena said was necessary to safeguard national sovereignty due to “the current situation in the region”.

The US adheres to the "One-China" policy, which only recognises Chinese government based in Beijing, but maintains close trade and business ties with Taiwan, remaining Taipei’s main defence supplier. Beijing, in turn, sees Taiwan as a Chinese territory, which will eventually have to reunify with mainland China.