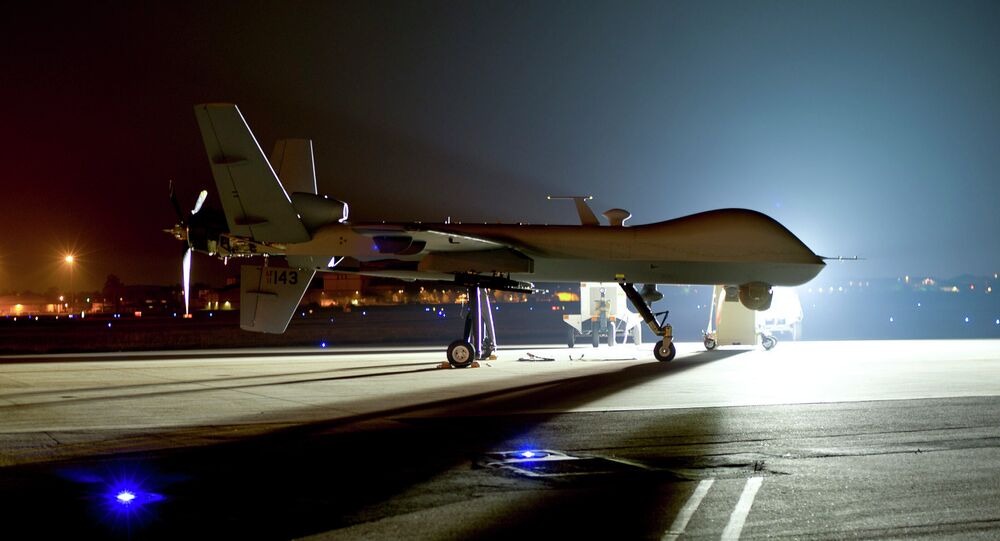 US lawmakers are expected to soon approve a massive, new weapons sale to Taiwan. The deal would provide the autonomous island not just with defensive weapons, but also with offensive capabilities in the form of long-range strike missiles and combat drones.

Reuters reported earlier this week that the Trump administration was expected to approve a massive sale of $7 billion worth of arms to Taiwan in the coming weeks. The deal is the second-largest weapons sale by the US to Taiwan and comes on top of some $15 billion in weapons already sold to Taiwan in the last four years.

According to the Wall Street Journal, the deal will include $400 million worth of MQ-9B Reaper drones and related equipment, a sale made possible by recent changes to the Missile Technology Control Regime that had previously barred Washington from making such deals.

The deal also reportedly includes AGM-84H/K SLAM-ER missiles, a long-range land strike variant of the Harpoon anti-ship missile. According to the New York Times, the weapon can be fired from beyond the range of Chinese air defense systems, meaning they would almost certainly be used to strike targets on the Chinese mainland in the event of a conflict.

Strangely, some Taiwanese media has been reporting the plans are nothing but speculation by the media, the Global Times reported on Thursday.

Last month, Washington finalized another larger deal to provide Taipei with 90 advanced F-16V “Viper” interceptors for $8 billion. Under a previous deal, the US is also updating older F-16 fighter jets sold to Taiwan in the 1990s to make them technologically equal to the F-16V, which can go toe-to-toe with some of the People’s Liberation Army’s best aircraft.

Beijing considers Taiwan a wayward province and part of its national territory, meaning that US weapons sales are regarded as the arming of rebel forces and a gross violation of Chinese sovereignty. With every new weapons sale, China has increased its objections, calling on the US to respect the One-China Principle it assented to in the 1972 Shanghai Communiqué and subsequent agreements.

“The Taiwan question concerns China's sovereignty, territorial integrity and core interests. China has firm resolve in upholding its sovereignty and security. We urge the US to earnestly abide by the one-China principle and the three China-US joint communiqués and stop arms sales to and military ties with Taiwan, lest it should gravely harm China-US relations and cross-strait peace and stability,” Chinese Foreign Ministry Spokesperson Zhao Lijian said in August.

The island is governed by the remnants of the Republic of China, the government that ruled all of China between 1912 and 1949, when the communist Red Army seized all of mainland China, won the civil war and established the People’s Republic of China in Beijing. While Taipei has never declared independence, it functions as a de facto independent state and has enjoyed informal support from the US ever since Washington switched its recognition of the Chinese government from Taipei to Beijing in 1979.