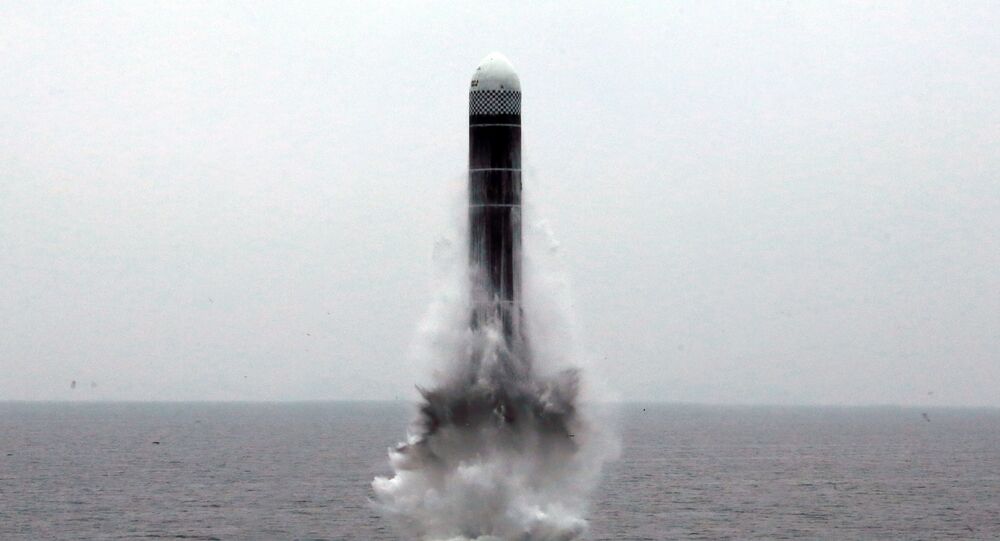 The Democratic People's Republic of Korea’s (DPRK) ongoing repairs to one of its shipyards signal the possible resumption of underwater ballistic missile testing, according to recent remarks issued by the top general of South Korea’s air force.

Citing Won In Choul, Chief of Staff of the Republic of Korea Air Force and nominee for chairman of Seoul’s Joint Chiefs of Staff, the Associated Press reported on Wednesday that North Korea may soon begin carrying out new submarine-launched ballistic missile (SLBM) tests upon completion of repairs to its northeastern Sinpo shipyard.

Won noted that the South Korean military will keep an eye on the submarine-building shipyard, which was severely damaged by a recent typhoon.

South Korean state-run outlet Yonhap News Agency previously issued a report on September 9 based on comments made by Markus Garlauskas, a former US intelligence officer who specialized in North Korea and assisted Washington in matters regarding the region for over two decades.

"Another big element we need to think about is that additional weapons testing is probably just a matter of time," he said during a virtual United States Institute of Peace seminar entitled "A New Direction for US Policy on North Korea.”

"North Korean state media has been very clear that Kim [Jong Un] has threatened that there's going to be a new strategic weapon reveal, and that he no longer feels bound by his previous pledges not to test ICBMs and nuclear weapons," he added. "And so if you take all those assessments, it paints a pretty, pretty unpleasant picture.”

Sputnik reported in October 2019 that Pyongyang had carried out its first SLBM test in years. North Korean leader Kim Jong Un issued “warm congratulations” to the researchers who participated in the development and vertical launch of the Pukguksong-3 projectile.

“The successful new-type SLBM test-firing comes to be of great significance as it ushered in a new phase in containing the outside forces’ threat to the DPRK and further bolstering its military muscle for self-defense,” the state-run Korean Central News Agency noted at the time.

The EU slammed the launch as “yet another provocative action” committed by North Korea, and the US State Department issued an open call for Pyongyang to cease such tests.

"We call on [North Korea] to refrain from provocations, abide by their obligations under UN Security Council Resolutions, and remain engaged in substantive and sustained negotiations to do their part to ensure peace and stability on the Korean Peninsula and achieve denuclearization," a State Department spokesperson said.