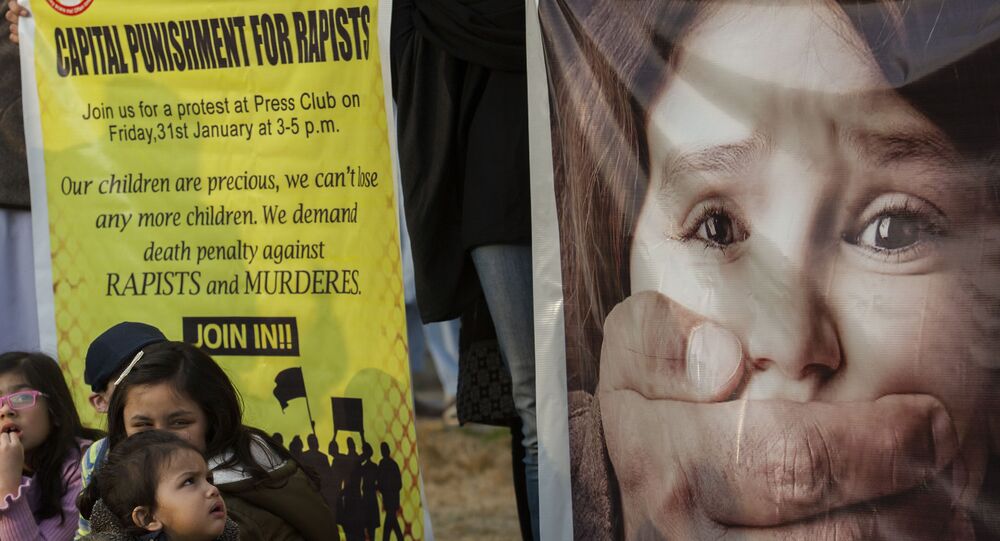 Hundreds of women and activists have hit the streets across Pakistan in recent days to condemn the rape of a woman in front of her children on the highway; their outrage is fuelled by the police, who blamed the victim for the incident.

Acknowledging that the country needs fresh legislation to "permanently sterilise" criminals, Pakistan’s Prime Minister Imran Khan has called for the chemical castration and public execution of rapists after the arrest of a second suspect in a gang-rape case that has led to an outcry across the country.

"They [rapists] should be given exemplary punishments. In my opinion, they should be hanged at the chowk [intersection]," said Khan while talking to a news channel as he admitted that the rape cases have shaken the entire nation.

He went on to say that another option is to "chemically or surgically castrate" rapists, in accordance with the degree of the crime.

"The way murders are graded as first degree, second degree and third degree, rape should also be graded this way, and the first grade rapists should be castrated and incapable completely," Khan added.

© Photo : YouTube/ Tariq Jamil Official
Pakistani Muslim Cleric Gets Roasted on Social Media for Linking Coronavirus with 'Immoral' Women
On 6 September, a 32-year-old woman on eastern Pakistan’s Lahore highway was dragged from her car and gang-raped in front of her children. The assailants raped her multiple times before fleeing with jewellery, cash and bank cards.

Last week, police detained 15 people for questioning in the case and matched the DNA samples of 53 people with the DNA swabs found at the crime scene. One of the accused in the case had been involved in a gang-rape in 2013.

As of Monday, police arrested two suspects in the case after tracking their phone records. Both of them denied their involvement in the rape.

Frustrated with no strong breakthrough in the case days after the assault, many Pakistanis have launched trending hashtags #JusticeForRapeVictims, #JusticeForMarwah and #motorwayrape on social media, demanding justice for the victim.