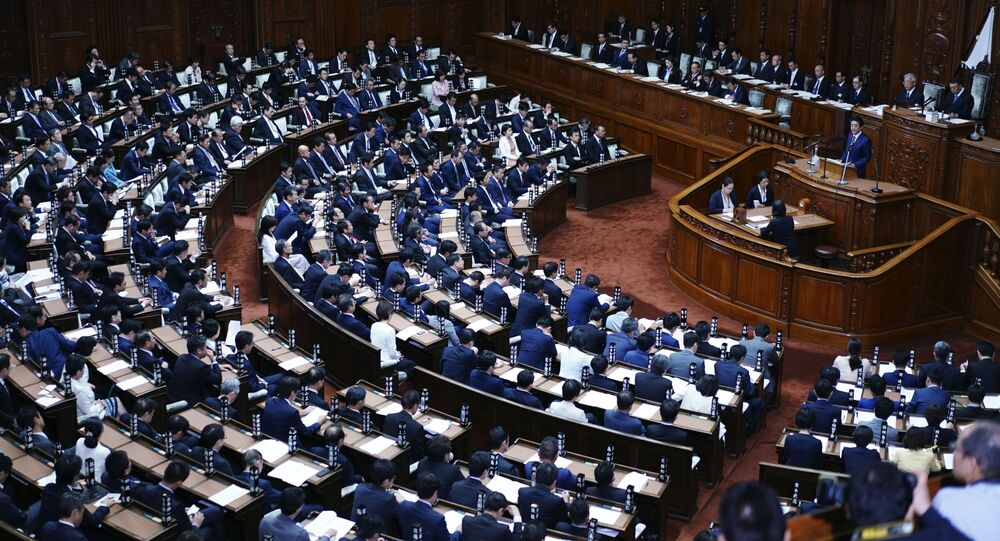 Earlier in the month, General Council chief Shunichi Suzuki said, as quoted by Kyodo News, that the country's next prime minister may announce a snap general election shortly after taking office on 16 September.

On Tuesday, Japanese Finance Minister Taro Aso said that an early dissolution of the state's parliament should be considered, as Japan will host the 2020 Olympic Games in 2021. The Games are scheduled to take place from 23 July to 8 August next year.

"When to dissolve (parliament) is an extremely important thing for a cabinet... thinking about the premise that there will be the Olympic Games next year, I think that an early dissolution should be considered," the Finance Minister told reporters.

On Wednesday, the National Diet, Japan's parliament, is slated to formally elect a new prime minister, with Chief Cabinet Secretary Yoshihide Suga set to take up the post after he became the leader of the ruling Liberal Democratic Party, securing the votes of 377 Japanese MPs.

In late August, Japanese Prime Minister Shinzo Abe, 65, announced his resignation due to his ulcerative colitis, an inflammatory bowel disease, which he said stood in the way of effective decision-making.