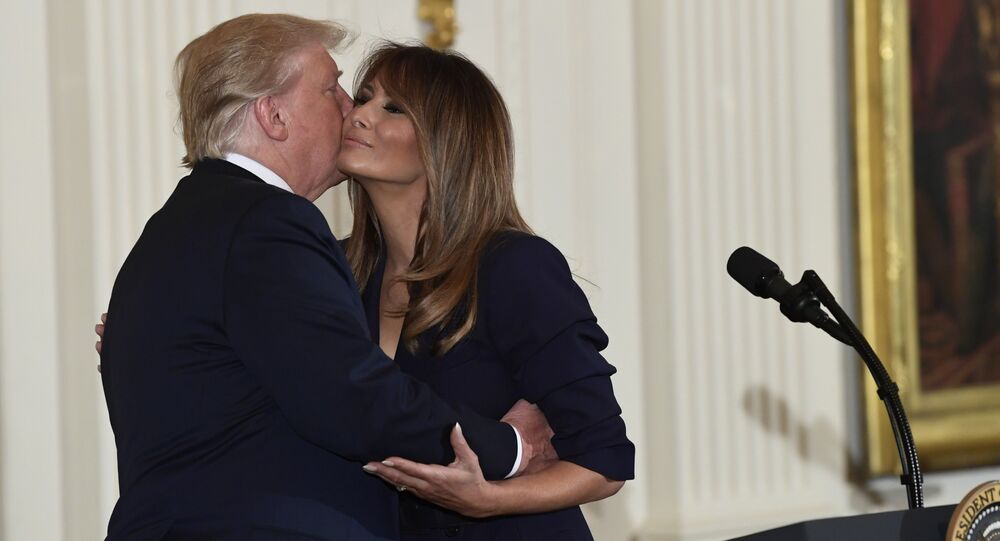 Donald Trump’s aborted 2017 trip to North Korea came at the height of a row between the US and DPRK over the latter’s intense nuclear tests, with the biggest one held just a couple of months prior to the would-be visit.

The author, who interviewed POTUS 17 times during his work on the book, went on to depict at length how the US president feared that he might not return as he was setting out for the journey.

“I got up this morning, and told Melania, kissed her goodbye, and said, ‘I might not see you again’. It's not that I'm worried about myself”, Trump was quoted as telling those on board his helicopter at the time.

He reportedly went on to stress that should anything happen to him on North Korean soil, it would prove to be “the worst thing that could happen to us as a country”.

According to the account of events offered by Woodward, Trump queried as his helicopter slowed due to heavy fog when approaching the DMZ, and ultimately had to turn back due to unfavourable weather conditions:

General Vincent Brooks, who was at the time the commander of US Forces Korea, assured that there was no intelligence at hand to suggest that North Korea was aware of Trump's visit to the Joint Security Area, otherwise called Panmunjom, inside the DMZ.

The aborted attempt to visit the country was well-documented, primarily based on the account of South Korea's President Moon Jae-in, who also planned to join Trump there but was forced to cancel his trip for the same reasons.

The attempted DMZ visit came amid heightened US -North Korea tensions arising from the reclusive state's sixth and most powerful nuclear test in September 2017.

North Korea reportedly keeps 70 percent of its overall military assets around the DMZ area, a two-kilometre-wide buffer zone between the two Koreas.

According to Woodward, Trump, who personally agreed to abort the visit over safety concerns, at one point worried that it would make him and his country “look weak”.

However, 18 months later, in June 2019, Trump successfully - and historically - made it to the DMZ, where he was greeted by North Korea's leader and became the first US president to set his foot in the country, crossing into it from South Korea.

His brief cross-over into North Korea, which involved short talks and a photo shoot, came after the first-ever bilateral US-North Korea summits took place in June 2018 and February 2019.

“It was an honor to cross into your country and to resume our important discussion”, Trump later said in a letter to Kim, dated 2 July of the same year. According to Woodward, who said he had obtained 27 letters that the two leaders had exchanged, a lion’s share of the letters has hitherto never been reported.

"Kim tells me everything. Told me everything", Trump reportedly told Woodward, before depicting what allegedly happened to the once powerful North Korean official, who was allegedly purged for treason and corruption in 2013:

“He killed his uncle and he put the body right in the steps”, Trump reportedly recounted in an apparent reference to a building used by senior officials, adding “the head was cut, sitting on the chest”, as per excerpts seen by AFP.