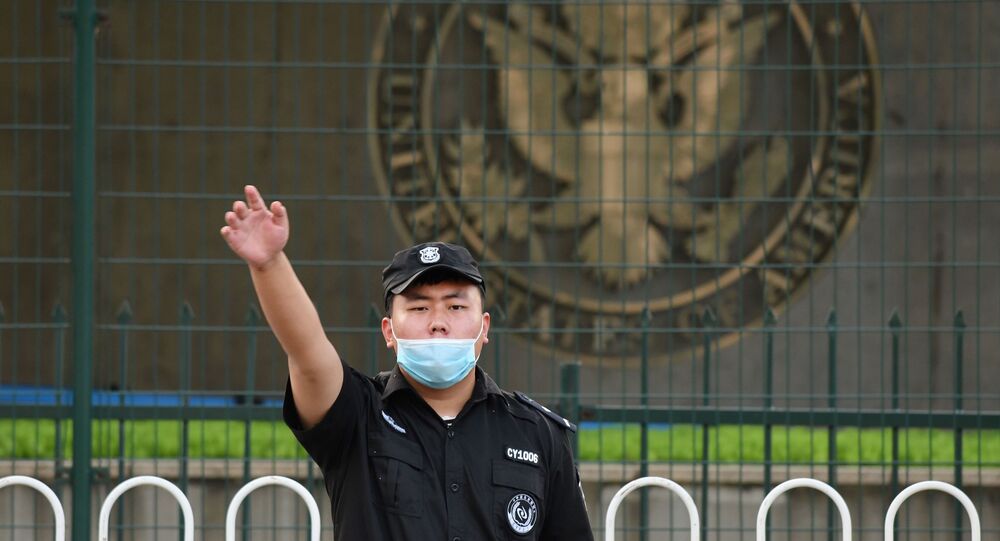 US Ambassador Branstad to Retire, Will Depart Beijing in October, Embassy in China Says

The tense relations between the United States and China have become more acute since July, as Washington has accused Beijing of engaging in massive illegal spying and influence operations in the US and ordered the People’s Republic to close its consulate in Houston, Texas.

US Ambassador to the People’s Republic of China Terry Branstad will retire from his position as US envoy and depart from Beijing in early October, the US Embassy in Beijing said in a statement on its website.

Branstad confirmed his decision to US President Donald Trump by phone last week, the statement reads. The ambassador has served in his position for three years and three months, since 2017.

"We are rebalancing the US-China relationship so that it is fair and reciprocal and can fuel positive growth in both countries", he said.

The ambassador also stated that during his tenure, he visited 26 provinces and autonomous regions in China and would have gone to them all if the COVID-19 pandemic had not limited his domestic travel.

"Getting to know the Chinese people, meeting them in their homes and hearing their personal stories, has been one of the great privileges of this job", he added.

Earlier today, US Secretary of State Mike Pompeo thanked Branstad for his service, stressing that the envoy's contribution to the "rebalancing of US-China relations will have lasting, positive effects on US foreign policy in the Asia-Pacific for decades to come".

On 2 September, Pompeo announced that senior Chinese diplomats in the United States would now need to ask the Department of State for approval before visiting American universities and meeting with local officials. He emphasised that the move was a response to alleged barriers created by the Chinese authorities that have existed for US diplomats for years.

In late July, the US insisted that China close its consulate in Houston, Texas over accusations that it had engaged in massive illegal spying and influence operations in the United States.

China denied the allegations and accused the United States of various violations of international law. Beijing has also said that Washington has been inciting hatred toward Chinese nationals, resulting in multiple threats made to the embassy in the US capital.

In response, China ordered the US to close its consulate in the city of Chengdu.