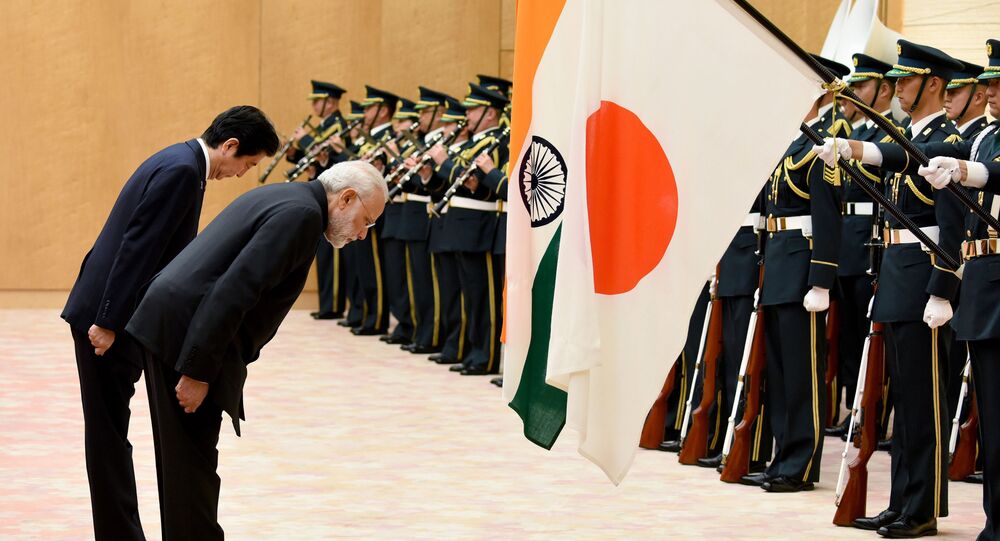 NEW DELHI (Sputnik) - India and Japan have signed an agreement on reciprocal provision of supplies and services between their armed forces during their involvement in drills, UN peacekeeping operations and humanitarian activities, the Indian Defenсe Ministry said on Thursday.

"This agreement establishes the enabling framework for closer cooperation between the Armed Forces of India and Japan in reciprocal provision of supplies and services while engaged in bilateral training activities, United Nations Peacekeeping Operations, Humanitarian International Relief and other mutually agreed activities. The agreement will also enhance the interoperability between the Armed Force of India and Japan thereby further increasing the bilateral defence engagements under the Special Strategic & Global Partnership between the two countries," the Indian Defenсe Ministry said in a press release.

The agreement was signed on Wednesday by Indian Defenсe Secretary Ajay Kumar and Japanese Ambassador to New Delhi Suzuki Satoshi.

The outgoing Japanese prime minister noted that bilateral relations have recently been elevated to "greater heights." The two also welcomed the September 9 agreement on reciprocal provision of supplies and services between their armed forces during their involvement in drills, UN peacekeeping operations and humanitarian activities.

"Both Prime Ministers affirmed that the basic policy of Japan-India-emphasis remains unchanged, and concurred with each other that the two countries continue to work closely in such areas as security, economy, and economic cooperation including the high-speed rail project," the press release added.

Abe is going to step down next week due to health issues.

Japan’s parliament is set to appoint Abe’s successor on 14 September.