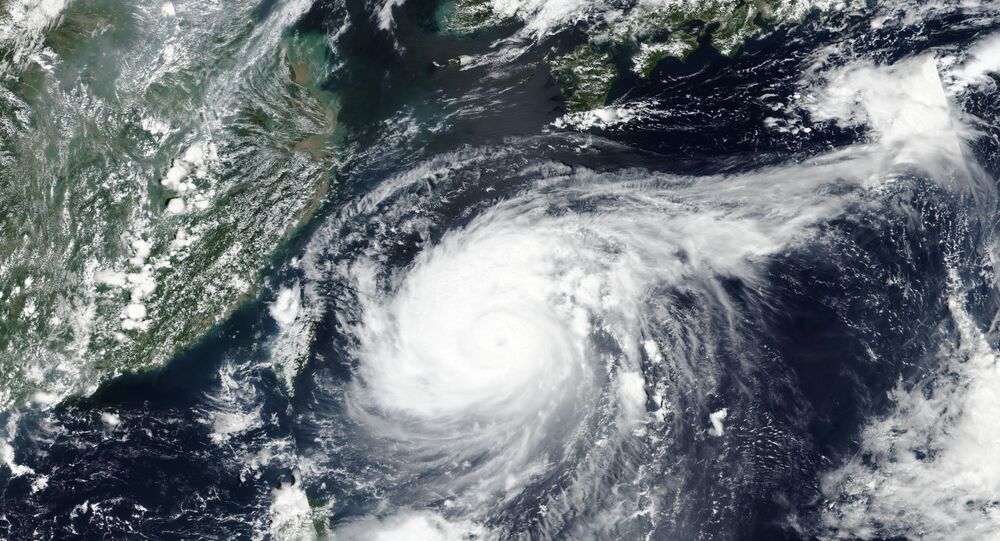 Typhoon Maysak - which is named after the Cambodian word for a tree - has made landfall in South Korea, with gusts of almost 90 miles per hour. The typhoon whipped across the East China Sea and is believed to have wrecked at least one ship.

A ship carrying 5,800 heads of cattle from New Zealand appears to have foundered in the East China Sea.

The Gulf Livestock 1, which had a crew of 43, left Napier in New Zealand last month and was en route to the Chinese port of Tangshan.

Gulf Livestock 1, carrying 5800 cattle out of New Zealand, vanishes after captain sailed it directly into Typhoon Maysak. Forty three crew missing, made up of 39 Filipino, two New Zealanders and one Australian & one Singaporean pic.twitter.com/LNXYDELsQt

​The ship-tracking website MarineTraffic.com said it was sailing into high winds when it vanished 100 miles west of the Japanese island of Amami Oshima.

A Filipino crewman, Sareno Edavorodo, was rescued from the sea but the other crew members - including 38 from the Philippines, two from New Zealand and two Australians - are still missing.

© AFP 2020 / ED JONES
Two men watch the waves during swells brought by the approaching typhoon Maysak on Haeundae beach in Busan on September 2, 2020. - Flights were grounded in South Korea and storm warnings issued on both sides of the Korean peninsula as a typhoon forecast to be one of the most powerful in years made its approach.

Mr Edavorodo, 45, was the ship’s chief officer and he has told the Japanese coastguard the ship lost an engine before it was hit by a giant wave and flipped over.

A Japanese coastguard spokesman said when the ship capsized the crew were instructed to put on lifejackets but Mr Edvarodo said he jumped into the ocean and did not see any of his colleagues in the water.

The GULF LIVESTOCK 1 has disappeared, probably hit by high waves & strong winds caused by typhoon #MAYSAK, our data shows. The search for the livestock carrier in load began as concern for the safety of 43 crew onboard rises pic.twitter.com/6H3yGOkUqr

​Three ships and five planes are searching a large stretch of the East China Sea between Japan, Taiwan, China and South Korea.

The Gulf Livestock 1 is a Panamanian-flagged vessel which was built in 2002 and is reportedly owned by a Jordanian company.

This is a good first step. But it’s clear that the time has come to end live exports. https://t.co/bnbZ0KqEYJ

​She said: "These cows should never have been at sea. This is a real crisis, and our thoughts are with the families of the 43 crew who are missing with the ship. But questions remain, including why this trade is allowed to continue."

SAFE is campaigning for cattle and other animals to be slaughtered in New Zealand and exported as frozen carcasses. But most consumers in China prefer fresh beef and lamb, rather than frozen meat, hence the live meat exports.

Another typhoon - nicknamed Haishen - is reportedly brewing south of Japan and is expected to hit the Korean coast on Sunday, 6 September.