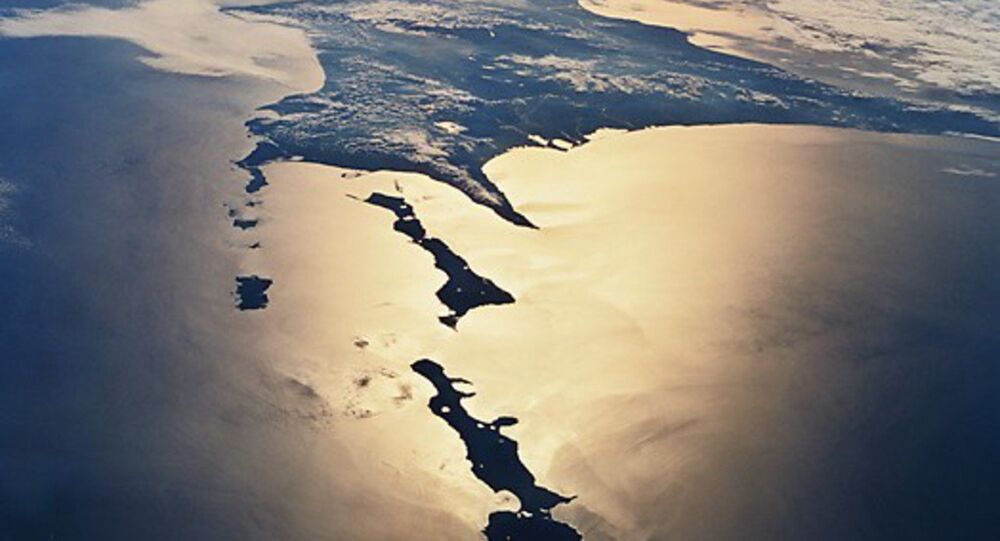 Japan and Russia both lay claim to the Kuril Islands, an archipelago off the north-east coast of Hokkaido. Russian President Vladimir Putin and Japanese Prime Minister Shinzo Abe held talks about the dispute last year.

Japan’s Chief Cabinet Secretary Yoshihide Suga said on Wednesday, 2 September, he would seek to conclude a peace treaty with Russia if he is elected as the head of the ruling party and new prime minister.

Mr Suga, 71, said: "We have made an effort together to solve the territorial issue and sign a peace treaty with Russia, and this policy will not change."

He said he would make "every effort to push them further forward."

So what is the dispute all about?

Four volcanic islands - Iturup (Etorofu), Kunashir (Kunashiri), Shikotan and Habomai - have been claimed by both countries since the end of the Second World War.

They are referred to as the Southern Kurils by Russia and by Japan as the Northern Territories.

The largest of the four - Iturup - is the same size as Rhode Island, the small US state but has only 7,500 residents, most of whom are fishermen, military personnel or their families.

The islands have a valuable strategic position - as they are close to shipping lanes leading to and from the port of Vladivostok - and oil was discovered off the coast of nearby Sakhalin last year.

Since President Putin's visit to Japan in December 2016 Russo-Japanese relations have been improving and there have even been plans to develop joint projects on the islands. But sovereignty remains a key issue.

On its website the Japanese Foreign Ministry claims: "Japan discovered and surveyed the Four Northern Islands before the Russians arrived there. By the early 19th century at the latest, Japan had effectively established control over the four islands."

In 1905, after being defeated in the Russo-Japanese War, the Tsar recognised the Kuril Islands as belonging to Japan and was forced to hand over the southern half of Sakhalin island to Tokyo.

But after Japan’s defeat in the Second World War the Soviet Union took back all of Sakhalin and all of the Kuril Islands.

Under the Potsdam Declaration, dictated by Britain, the US and the Soviet Union and signed on 26 July 1945, Japan’s sovereignty was limited to the nation’s main islands of Honshu, Hokkaido, Kyushu and Shikoku, and “such minor islands as we determine.”

In September 1951 - at the height of the Cold War - an international conference was held in San Francisco and the Japanese renounced its rights to the Kuril Islands as part of a deal with the US and other western powers.

But the Soviet Union refused to sign the document.

In 1956 the Soviet side suggested settling the dispute by returning Shikotan and Habomai - the smallest and most southern islands - to Japan in exchange for a peace treaty.

In October 1956 the two sides signed a Joint Declaration to formally end the state of war which technically had never ended after the Japanese surrendered to the US in August 1945.

Article 9 of the Joint Declaration stipulated that the USSR and Japan “have agreed to continue, after the establishment of normal diplomatic relations between them, negotiations for the conclusion of a peace treaty.”

Four years later Japan and the US signed a Treaty of Mutual Cooperation and Security, under which the Japanese accepted a permanent American military presence in the country, mainly on Okinawa.

The document contained a US pledge to defend Japan in the event of an attack by a third party.

As a result of the treaty the Soviets withdrew their proposal to return Shikotan and Habomai.

Moscow sent a memo on 27 January 1960 saying it would only hand over Shikotan and Habomai islands if all foreign - meaning US - troops left Japan.

Relations between Tokyo and Moscow remained glacial for the next three decades but a thaw emerged after the fall of the Soviet Union.

Publicly the Russian Foreign Ministry has repeatedly stressed Russia’s sovereignty over the Kuril Islands is "not up for discussion".

But in 2016, after President Putin’s visit to Japan, the two sides agreed to accelerate negotiations based on the 1956 Soviet proposal.

In January 2019 Moscow and Tokyo held the first round of talks on a permanent peace deal, with Mr Abe insisting Japan was still claiming sovereignty over all four of the Southern Kurils.

Mr Abe said Tokyo had no intention of deporting Russian citizens living in the archipelago if the islands were surrendered.

But last month the 65-year-old announced he was resigning for health reasons, leaving the work of concluding a deal with Russia to his successor.

The Liberal Democrat Party is dominated by a conservative, nationalist clique which would suffer politically if it backed down completely over the islands.