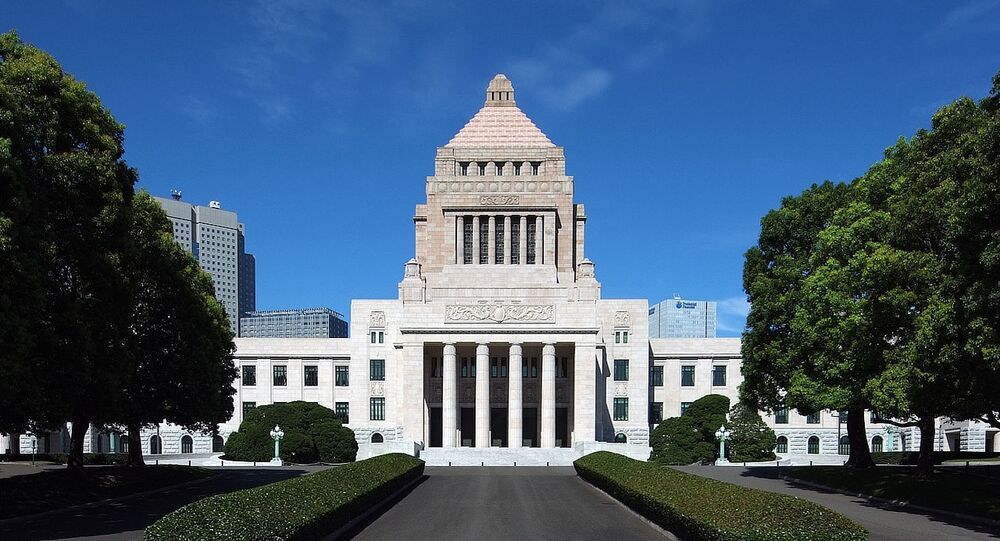 TOKYO (Sputnik) - Japan’s new cabinet will be formed on September 16, two days after the parliament appoints a successor to Prime Minister Shinzo Abe, a senior lawmaker in his party said Wednesday.

Hiroshi Moriyama, the chairman of the parliamentary affairs committee with the ruling Liberal Democratic Party (LDP), said the government should resume its work without delay, according to the Kyodo news agency.

The LDP controls the lower house of parliament and its next president is almost certain to head the government. The leadership contest Abe begins on September 8 and ends in a vote on September 14.

Abe’s longtime right-hand man Yoshihide Suga is touted as the favourite. He is challenged by former Foreign Minister Fumio Kishida and ex-Defense Minister Shigeru Ishiba. Suga said he would continue Abe’s signature economic policy, and seek a peace treaty with Russia and a meeting with North Korea’s Kim Jong-un.

© REUTERS / Jim Bourg
Trump Says After Talks With Abe That He Is ‘Greatest Prime Minister’ in Japan’s History
Abe officially announced on 28 August his plan to step down, citing health issues.