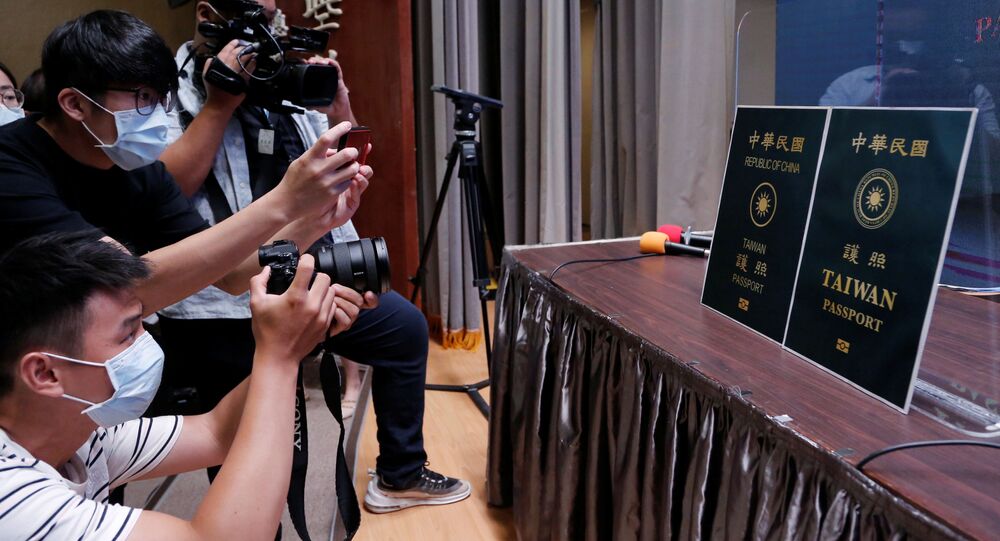 BEIJING (Sputnik) - The Taiwanese government on Wednesday presented a new design of its passport to ensure it reflects the difference between it and mainland China, the state-owned Central News Agency reported.

Taiwanese Foreign Minister Joseph Wu said during a press conference that the redesign was done in response to a July resolution by the lawmakers that requested the foreign ministry to make sure the word "Taiwan" is more visible than "China."

The current version has the English translation of the country's official name, the Republic of China, at the top of the cover right under the Chinese characters, while in the new version, it circles the national emblem and is much smaller.

The word "Taiwan" at the bottom was also made more visible.

Taiwan has been governed independently from mainland China since 1949. Beijing views the island as its province, while Taiwan — a territory with its own democratically elected government — maintains that it is an independent country and has political and economic relations with several other nations that recognise its sovereignty.