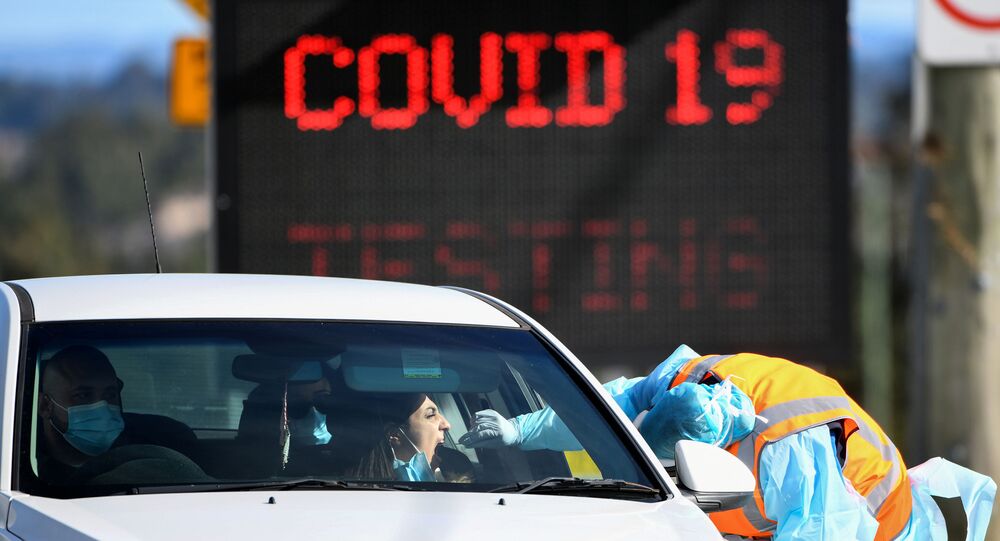 The Australian economy was plunged into record spending levels and bailouts amid grave economic performance and reimposition of lockdown measures in the nation's second-largest state, it was revealed.

The Australian economy has shrunk to record levels in the second quarter, sparking calls for further stimulus measures amid a resurgence in coronavirus cases and fresh lockdown restrictions, Canberra revealed on Wednesday.

According to a press release from the Sydney-based Australian Bureau of Statistics, the country's gross domestic product (GDP) plunged 7 percent, the sharpest fall in 30 years and surpassing an estimated 6 percent drop in GDP.

“The global pandemic and associated containment policies led to a 7.0 per cent fall in GDP for the June quarter. This is, by a wide margin, the largest fall in quarterly GDP since records began in 1959,” ABS head of national accounts, Michael Smedes, said in a statement.

Canberra has responded to the crisis by supporting households and businesses with bailouts to the private sector, which tumbled 7.9 percentage points from GDP along with a 17.6 percent drop in services, the ABS said, adding that numerous services in transport, hotels, cafes and restaurants, among others, triggered the economic downturn.

"The June quarter saw a significant contraction in household spending on services as households altered their behaviour and restrictions were put in place to contain the spread of the coronavirus," Mr Smedes added.

But household savings were boosted 19.8 percent, up from 6 percent from the previous quarter, due to lower consumer spending.

Hours worked also plummeted 9.8 percent, well above the record 2.5 percent fall in wages backed by JobKeeper payments, which were extended in July until March next year due to the ongoing COVID-19 crisis.

Social assistance benefits also spiked to record levels at 41.6 percent due to increased demand amid the pandemic, according to the report.

The news comes as the Australian state of Victoria registered a record 532 COVID-19 cases in a day in late July, prompting the government to reimpose lockdown Stage 4 restrictions.

Former Prime Minister Tony Abbott slammed Canberra's lockdown measures at event in London, where he accused Victorian premier Daniel Andrews of launching a "health dictatorship", adding politicians were failing to think "like health economists trained to pose uncomfortable questions about the level of deaths we might have to live with", among other concerns.