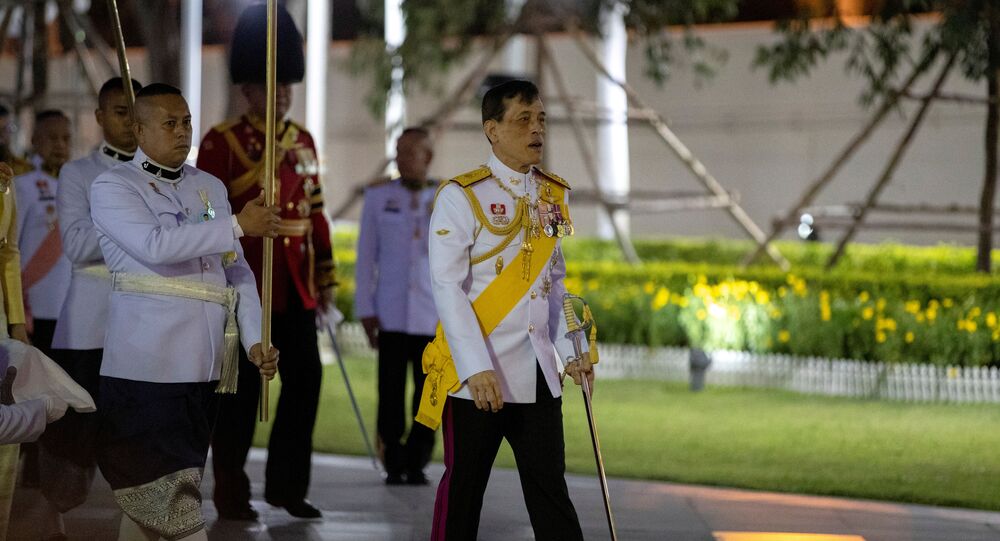 The former concubine fell from grace and was stripped of her titles last October, accused by the Thai palace of trying to usurp power and resisting the king's marriage to his fourth wife.

Thailand's king has pardoned his jailed ex-bodyguard and lover and flown her to his harem in Germany, Bild reports.

According to the tabloid, Sineenat Wongvajirapakdi, 35, was flown in a private jet to Munich on Saturday and then drove to a four-star spa hotel in the ski town of Garmisch-Partenkirchen in the Bavarian Alps.

It was previously reported that King Maha Vajiralongkorn — King Rama X — had "isolated" himself at the hotel with an entourage of 20 women for much of the pandemic. The king allegedly booked out the entire fourth floor and assembled the harem as a military unit.

A photo provided by Bild purports to show King Rama X and Sineenat descend the airstairs on Saturday. There has been no comment from the royal palace.

​The monarch made his mistress, a trained jet pilot, nurse and bodyguard who was awarded the rank of a major-general, his noble consort last July to mark his 67th birthday. She was the first woman to become a Thai king's concubine in nearly a century.

Her appointment came just two months after the king married his fourth wife, and that matrimony led to Sineenat's downfall. The mistress was stripped of her titles and jailed in October last year.

An official announcement at the time said Sineenat had "shown resistance and pressure in every manner to stop the appointment of the Queen" ahead of the coronation in May.

The palace also accused her of abusing her power to give orders on the king's behalf and trying to "elevate herself to the same state as the queen".

According to Bild, she had been held at a maximum-security prison in Bankgkok.