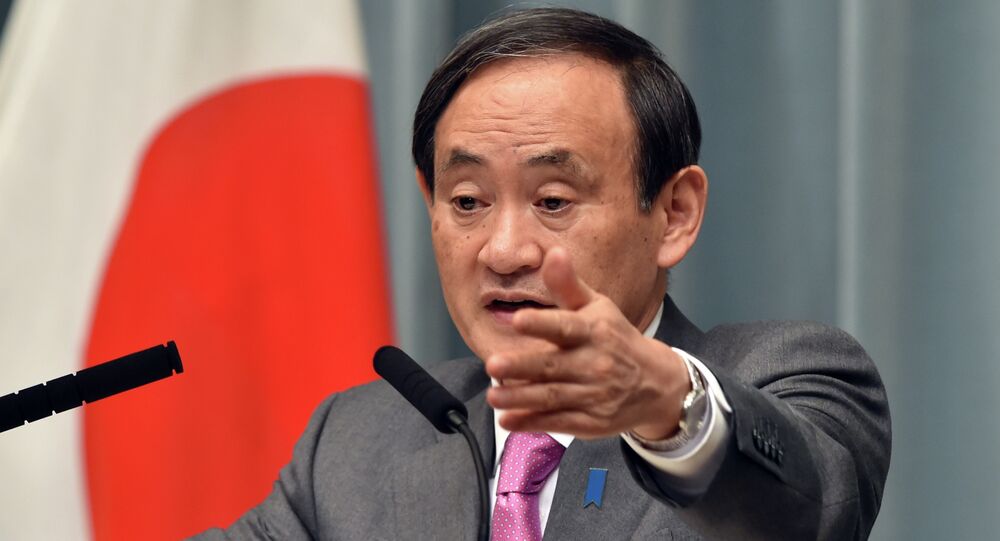 TOKYO (Sputnik) - Chief Cabinet Secretary of Japan Yoshihide Suga will join the race to succeed outgoing Prime Minister Shinzo Abe as head of the ruling Liberal Democratic Party, who will also become the country's next prime minister, the Kyodo news agency reported on Sunday, citing a source familiar with the matter.

According to the news agency, Suga has already informed Liberal Democratic Party Secretary-General Toshihiro Nikai, who is set to make decisions regarding the party leadership race, of his intention to run for the top post.

The party is considering holding a leadership election on or around September 15, the news agency reported, adding that among other candidates, there are the party's policy chief and former Foreign Minister, Fumio Kishida, as well as former Defense Minister Shigeru Ishiba.

Abe officially announced on Friday his plan to step down, citing health issues. He has already informed the leadership of the ruling party, of which he is the head, and Natsuo Yamaguchi, the leader of the Komeito party, which is a part of the ruling coalition.