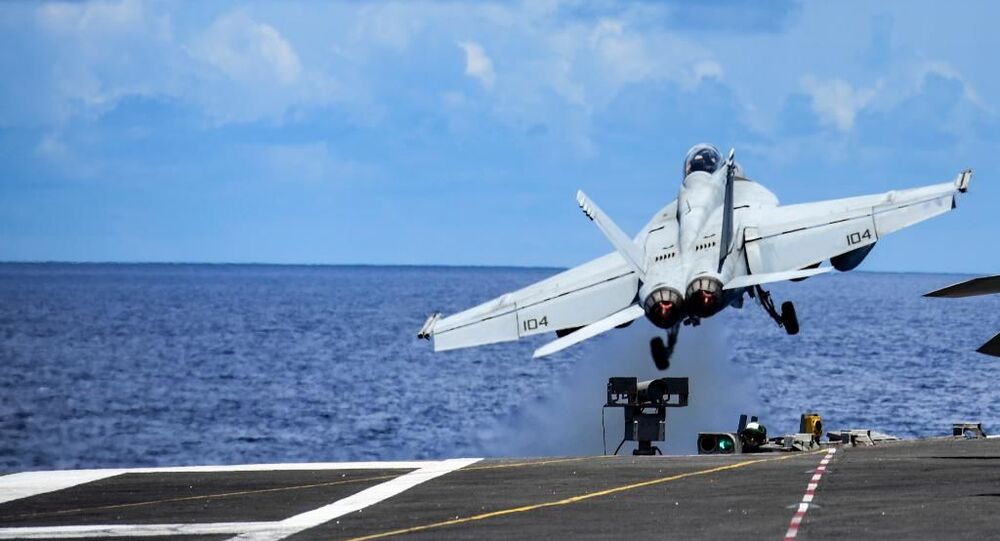 Earlier, Chinese military stated that US warship Mustin had trespassed in Beijing territorial waters. The move was denounced as a provocation, with statements from the People's Liberation Army expressing strong condemnation.

Beijing has warned against the possibility of "military accidents" over what was described by China as "provocative behavior" by the US after the People's Liberation Army claimed that the USS Mustin had violated Chinese maritime borders on late Thursday.

"Ignoring the rules of international law, the US side has repeatedly provoked troubles in the South China Sea, exercising navigational hegemony under the pretext of 'freedom of navigation'", said Senior Colonel Li Huamin, a spokesperson for the Southern Theater Command of the People's Liberation Army. "We urge the US to stop such provocative behavior and restrict its maritime actions to avoid possible military accidents".

The US Navy denied wrongdoing, referring to the "freedom of navigation" principle and noting that the USS Mustin was carrying out a "routine" operation. According to Washington, a guided missile-destroyer sailed "in the vicinity of the Paracel Islands to ensure critical shipping lanes in the area remain free and open".

Beijing, however, viewed the incident as a violation of its sovereignty, and noted that its military forces were forced to track and escort the ship after it "entered China's territorial waters without authorisation".

Earlier reports noted that China had fired two missiles in the region of the South China Sea on 26 August, "sending a clear warning to the United States" in a move that the Pentagon denounced as "destablishing".

Tensions between the two countries are heated amid squabbles over the disputed waters of the South China Sea, where the US conducts frequent "freedom of navigation" operations, considering the region an international transport route. Beijing views much of the waters as its own, and territorial claims are also expressed by Vietnam, the Philippines, Malaysia and Taiwan.