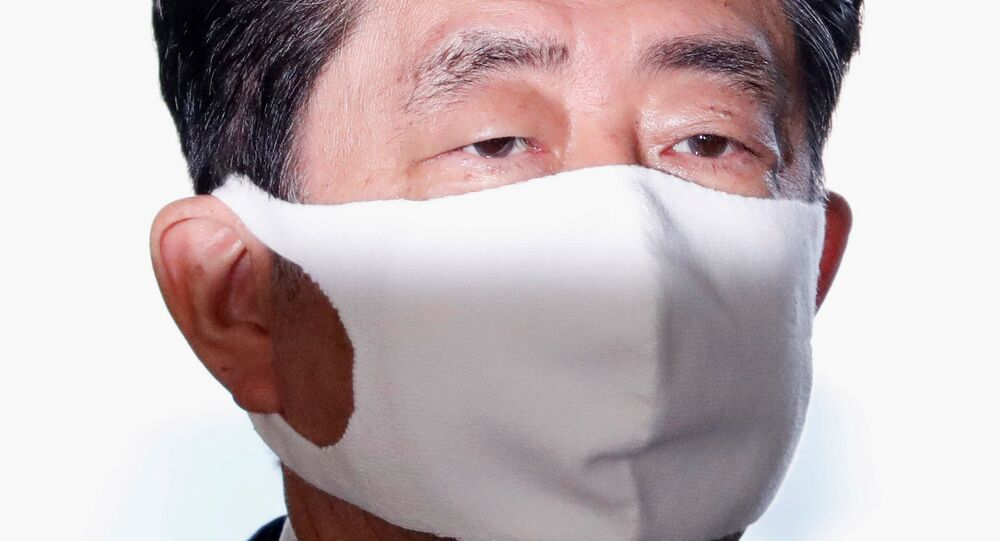 On Friday, Shinzo Abe told a Tokyo news briefing that he was stepping down as the country’s prime minister due to health reasons.

Japanese Prime Minister Shinzo Abe has declined to comment on his possible successors as he announced his decision to resign from his post during a press conference in Tokyo earlier in the day.

Here's a brief insight into who may replace the 66-year-old, who will be remain prime minister until his successor is elected.

Shortly before the news of Abe's possible resignation was broken by Japanese media earlier on Friday, Liberal Democratic Party (LDP) Secretary-General Toshihiro Nikai told a programme on TBS TV that Chief Cabinet Secretary Yoshihide Suga is seen as the most probable candidate to succeed Abe.

"He has great capabilities. He has the ability to endure in the post", Nikai pointed out.

Suga, 71, has served as Abe's right-hand man since 2012 and is known for upholding particular issues, including those related to government subsidies for domestic travel during the COVID-19 pandemic.

"However many times I'm asked, I'm not thinking of it at all", Suga told reporters on Thursday when asked if he could be Japan's prime minister.

The 63-year-old politician has repeatedly been touted by Abe as a potential leader, who earlier served as foreign minister and currently hold the post of LDP policy chief.

Media outlets paint the former banker as more dovish than Abe, pointing to Kishida's botched move to conclude a controversial deal with South Korea in 2015 to end a dispute over women trafficked in brothels run by Japan's military during the Second World War.

On Monday, the former Foreign Minister told the broadcaster TV Tokyo that hefty spending is needed to tackle the country's economic crisis and that the government should tread carefully on cutting the sales tax.

In a nationwide poll conducted by the newspaper Mainichi Shimbun in January, Shigeru Ishiba, the former LDP secretary-general, was described as the politician most suitable to serve as Japan's next prime minister.

The 63-year-old is seen as more of a populist than Abe and in April, he slammed stockholders and company owners for accumulating too much wealth, also berating the Bank of Japan's monetary policy.

As far as foreign policy is concerned, Ishiba specifically supported Abe's stance on bolstering relations with China and warned an LDP group in July against a planned visit by Chinese President Xi Jinping to Japan.

In an interview with the newspaper Nikkei earlier in August, Defence Minister Taro Kono voiced interest in working closely with the Five Eyes intelligence alliance of Australia, Canada, New Zealand, the UK, and the US, in a move that apparently indicates Kono's desire to put joint pressure on China.

A graduate of Georgetown University, the 57-year-old is known for backing the government's cost-cutting policies. Earlier this year, he announced the cancellation of Tokyo's plans to deploy the Aegis Ashore missile shield from the US company Lockheed Martin Corp., referring to the project's price tag.

Shinjiro Koizumi shares some of Abe's conservative views and earlier this month, the environment minister paid his respects at Tokyo's controversial Yasukuni Shrine for war dead.