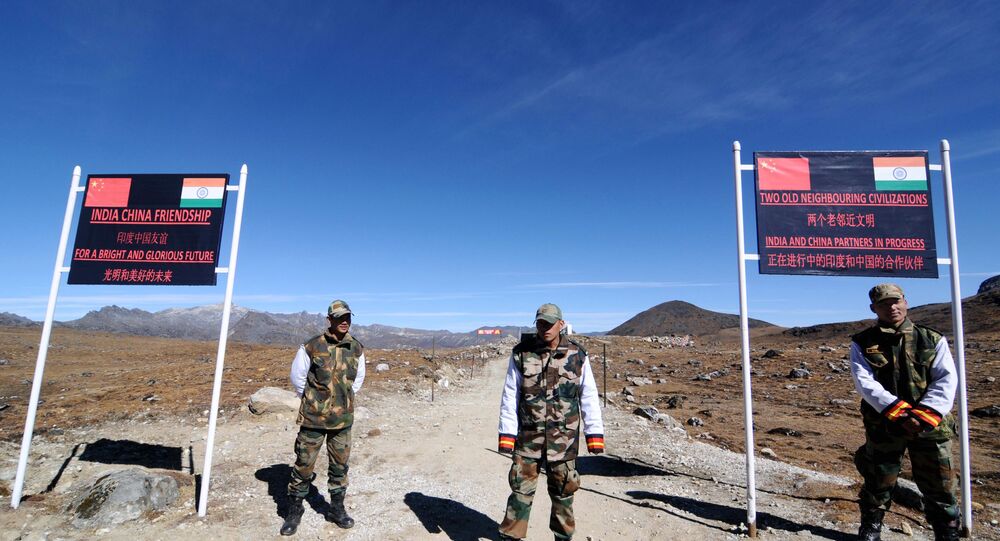 NEW DELHI (Sputnik) - Indian and Chinese diplomats have held another meeting and reaffirmed their commitment to work toward complete disengagement of troops along the Line of Actual Control, Indian Foreign Ministry spokesperson Anurag Srivastava said on Thursday.

"During the meeting, the two sides had a candid and in-depth exchange of views on the existing situation in the India-China border areas. Both sides have reaffirmed that the two sides will continue to sincerely work towards complete disengagement of the troops along the Line of Actual Control (LAC) in the Western Sector in accordance with the agreements reached between the two Foreign Ministers and the two Special Representatives (SRs) during their conversation on 5th July," the statement reads.

According to Srivastava, the complete troop disengagement in the region could be reached "only through mutually agreed reciprocal actions."

"In this context, in the last meeting of the WMCC the two sides have agreed to resolve the outstanding issues in an expeditious manner and in accordance with the existing agreements and protocols," the statement added.

© REUTERS / R. Parthibhan
Poor Financial Health or Siding with a Rising Superpower: What Drives India's Neighbours to China?
Tensions over border disputes between the Asian giants in the Kashmir region came to a head in mid-June when a deadly brawl broke out between soldiers of both sides high up in the disputed Ladakh region.

India said that 20 of its soldiers died in the skirmish while an undisclosed number of Chinese soldiers are believed to have perished.

That was the first time in nearly 60 years that border disputes between the two, which have effectively never been settled, have resulted in fatalities.