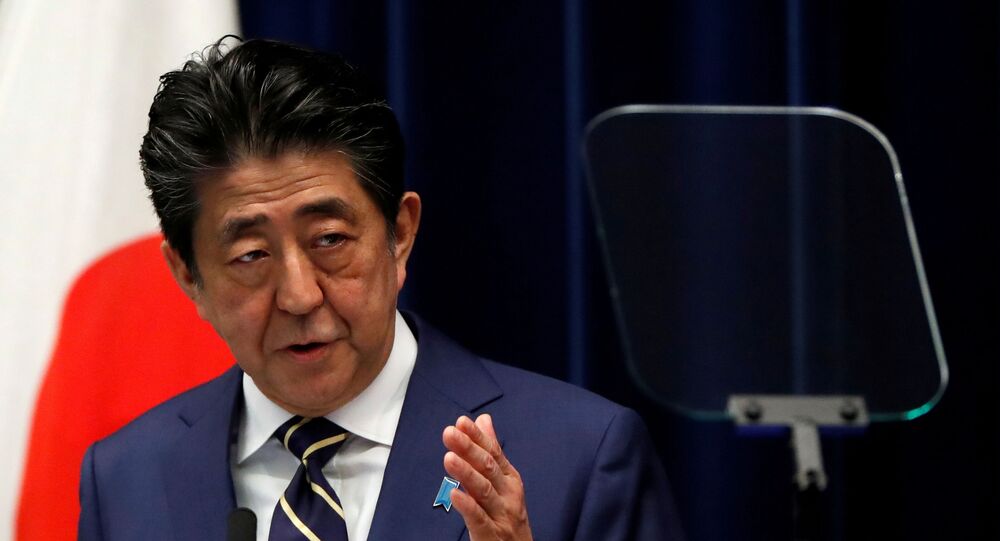 MOSCOW (Sputnik), Valentina Shvartsman - Yet another milestone of Japanese Prime Minister Shinzo Abe as longest-serving head of government of the Asian country has been overshadowed by media speculations of his health issues, raising concerns of his possible early resignation before his record third term ends in September 2021.

On Monday, Abe has passed another key milestone as his nation's longest-serving prime minister, but this time — in terms of the longest uninterrupted service, overtaking his great-uncle Eisaku Sato, who ran the country from 1964 to 1972.  His previous tenure record came last November, when Abe surpassed all his predecessors by having held the office for more days in total than any of them.

Yet, not Abe's moment of glory, but growing concerns about his health have made the headlines on Monday as the politician visited a hospital just several days after another trip that his office described as "a regular health checkup."

"Today, I asked in detail about the results of my last week's checkup and underwent an additional checkup. I want to do my best at work from now on, taking full care of my physical condition," Abe told reporters following a trip to a Tokyo hospital.

Earlier in the day, Japan’s chief cabinet secretary Yoshihide Suga told a regular press briefing that he saw the prime minister every day and saw nothing strange about him.

© REUTERS / KYODO
Japanese Prime Minister Shinzo Abe arrives by a car at Keio University Hospital, amid speculation about his health, in Tokyo, Japan, in this photo taken by Kyodo, August 24, 2020.

Despite these assurances, several Japanese news outlets have cited multiple sources in the government and ruling party as saying that Abe's health issues are way more serious than portrayed by his administration and that the prime minister was in hospital not for checkups, but for treatment of his underlying condition that has recently deteriorated.

Rumors about the 65-year-old politician's condition first surfaced after July reports about him vomiting blood. In addition, people close to Abe have said that the prime minister has shown signs of exhaustion after months of steering the nation's coronavirus response.

© REUTERS / KYODO
Japanese Prime Minister Shinzo Abe gets into a car as he leaves from Keio University Hospital in Tokyo, Japan, in this photo taken by Kyodo, August 17, 2020.

Abe is known to suffer from ulcerative colitis, a disease causing long-term inflammation and ulcers of the large intestine. The condition is said to have forced Abe to resign as prime minister in 2007, and some speculate that it may once again cut short his final term as prime minister before September next year.

This comes as approval rates for Abe's cabinet have plunged to 36 percent in August down from 38.8 percent last month, while disapproval rates went up from 48.5 to 49.1 percent, according to the Kyodo news agency's survey released on Sunday. Support for the Abe administration have been falling over the past months due to the criticism of the government's handling of the novel coronavirus outbreak and associated economic difficulties — the latest Kyodo survey also found that 58.4 percent of respondents were unhappy with the government's response to the pandemic.