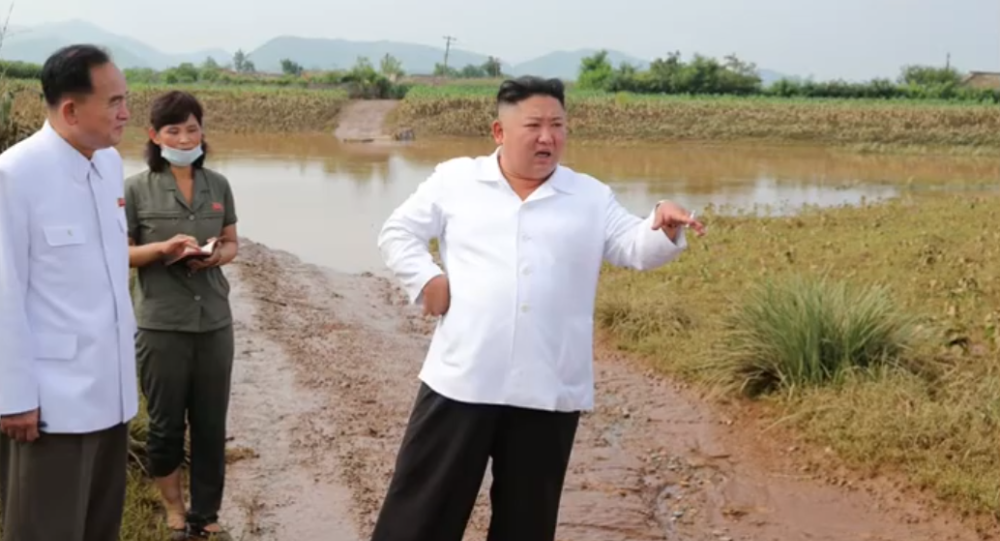 For Umpteenth Time in 2020, Ex-Official Claims North Korea’s Kim Jong-un May Be on the Edge of Death

Rumours about the North Korean leader’s alleged poor health began swirling in April, after his lengthy absence from the public spotlight. Questions were raised again in mid-May and June after he disappeared again. Each time Kim has reappeared, media, defectors, and former officials have had to retract speculation regarding his suspected demise.

Chang Song-min, a former assistant to the late former South Korean President Kim Dae-jung, has alleged that Kim Jong-un may be in a coma, which supposedly helps explain his lack of appearances in public over the past couple of weeks, UK and US tabloid newspapers have reported, citing South Korean media.

“I assess him to be in a coma, but his life has not ended,” Chang was quoted as saying.

Chang added that Kim’s sister, Kim Yo-jong, is expected to take the reins amid the power vacuum. “A complete succession structure has not been formed, so Kim Yo-jong is being brought to the fore, as a vacuum cannot be maintained for a prolonged period,” he said.

Chang’s claims come in the wake of reports last week by Yonghap, citing South Korea’s National Intelligence Service, that Kim Jong-un had delegated some of his authority to his sister and other aides, with Kim Yo-jong said to be “steering overall state affairs” in her capacity as first vice department director of the ruling Korean Worker’s Party’s Central Committee.

The South Korean intelligence agency stressed that the elder Kim maintains absolute authority, and that the move may be intended to “relieve stress” and “avert culpability in the event of policy failure”.

Kim was seen visiting a flood-stricken area in the country’s northeast in the first week of August to inspect damage, where he ordered for temporary shelters to be set up and for emergency food supplies to be delivered before reconstruction could begin. Images from the visit showed him to be very much alive and well at the time.

Chang claims that rumours about Kim’s possible ill health are anything but new.

In mid-April, Western media speculation fuelled by reporting from Daily NK, a South Korea-based online newspaper which receives funding from the National Endowment for Democracy, a US government-funded non-profit, suggested that Kim had undergone a “cardiovascular surgical procedure,” explaining his weeks-long absence from the public spotlight.

© AFP 2020 / STR
How a US Government-Sponsored Outlet Sparked Media Hysteria About Kim Jong-un's 'Death'
Those rumours were squashed on May 1, when Kim appeared at a ceremony opening a new fertiliser plant at an industrial city north of Pyongyang. A pair of high profile defectors-turned South Korean lawmakers were forced to apologise for their “groundless remarks” in the wake of that incident.

Trump Says if He Wins Election US Will Make Deals With Iran, North Korea 'Very Quickly'